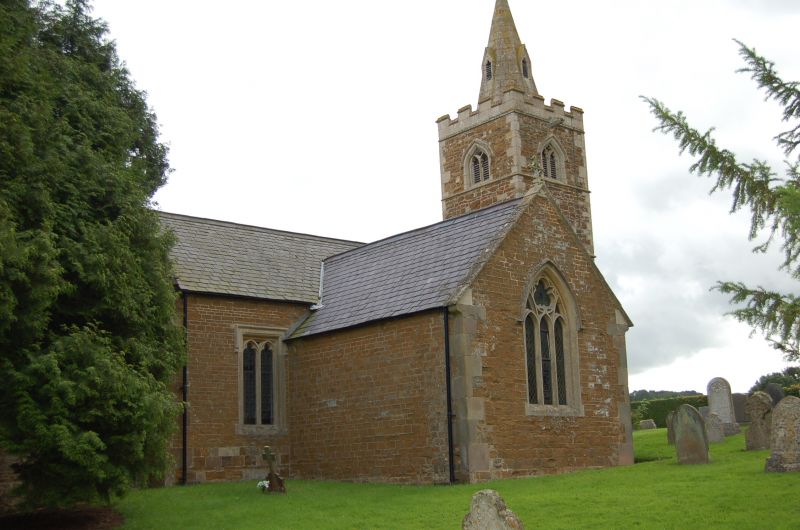 2/5 Church of All Saints

Inside, little medieval detail survives. Roll moulded west tower arch. Victorian
scissor braced nave roof. Simple chancel arch, double chamfered on chamfered
responds. In the chancel the reredos is of 1928, and there is some C20 stained
glass in the east window. Font is C15, octagonal on 4 shafts, each face a
traceried panel. C19 Charity board in nave.