A Grade I Listed Building in Central, Liverpool 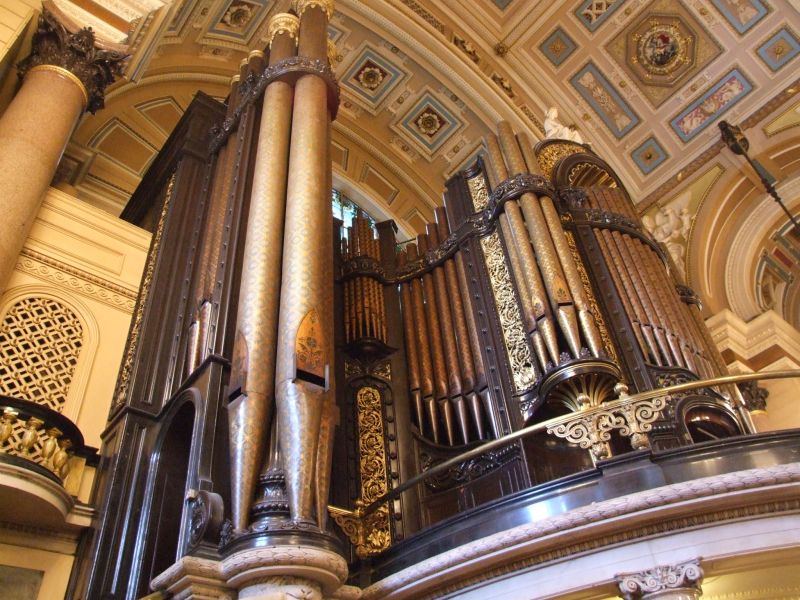 The form approximates to a Classical temple of the Corinthian order, raised on a platform and approached by flights of steps, but the ensemble is planned as a series of aligned compartments, clothed with four different porticos, the blind hamper of the central hall rising over the continuous entablature.

East facade has projecting central Corinthian colonnade of sixteen fluted columns flanked by six-bay loggias with unfluted Corinthian antae, the lower parts of which are filled with relief scenes of allegorical figures with Greek key band over. End bays flanked by angle pilasters, with fielded panels. Central entrance in architrave with frieze and consoled cornice, side entrances have architraves. Two four-light mullioned windows. Entablature and parapet. Central hamper has rusticated quoins and entablature.
North facade has nine-bay semi-circular projection with attached colonnade on basement with three entrances in architraves, cornices break through top of basement. Entrances flanked by mermaids and tritons carrying cornucopia-lamps. Windows have battered architraves and casements. Flanking bays as above.

West facade. Three storeys, with basement to fifteen-bay projecting centre. Round windows to basement, others sashed, most with glazing bars. Colonnade of unfluted antae has windows with battered shouldered architraves between lower parts. Upper loggia with blind end bays, open to the sky, large architraved windows behind with casements. Seven bays to each side with three storeys of sashed windows in architraves, those to second floor with consoled cornices and panelled sill course. End bays as above.

South facade has octastyle pedimented portico with two rows of columns, behind which is a large entrance in architrave with consoled cornice, flanked by triton lamps. End bays as above. The sculptures on the pediment have been removed.

Interior has central hall flanked by balconies over corridors, courts at each end. North and south entrance hall, that to north has concert hall above, that to south has C20 court room fittings. The interior is of unrivalled splendour, largely as a result of Cockerell's decoration, that of the Concert Hall being particularly fine. Six iron lamp standards under colonnade and two under portico; cast iron with three dolphins twined round base. One of the great buildings of its era in Europe.

Historical Note: The Hall was the scene of an imaginative protest by the local branch of the Women’s Social and Political Union (WSPU), the militant suffrage group formed by Emmeline Pankhurst in 1903. The Union adopted a policy of direct action towards the Liberal government, interrupting political meetings and pursuing prominent politicians at public events. Liberal meetings became tightly controlled with entry only by ticket, and at some, women were excluded altogether. In May 1909 Earl Crewe and Augustine Birrell MP were awarded honorary degrees by the University of Liverpool in a ceremony at St George’s Hall. Mary Phillips, the local WSPU organiser, managed to get into the Hall the night before and hid in the organ loft and under the stage. After twenty-four hours without sleep she interrupted Birrell’s speech to protest against the imprisonment of local suffragette Patricia Woodlock. It was several minutes before she was found and removed from the Hall. St George’s Plateau, outside of the Hall, was used for large local demonstrations. In 1908 the local Men’s League for Women’s Suffrage (one of the earliest provincial branches of this organisation) arranged a large demonstration with platforms for militant and constitutional suffrage societies.