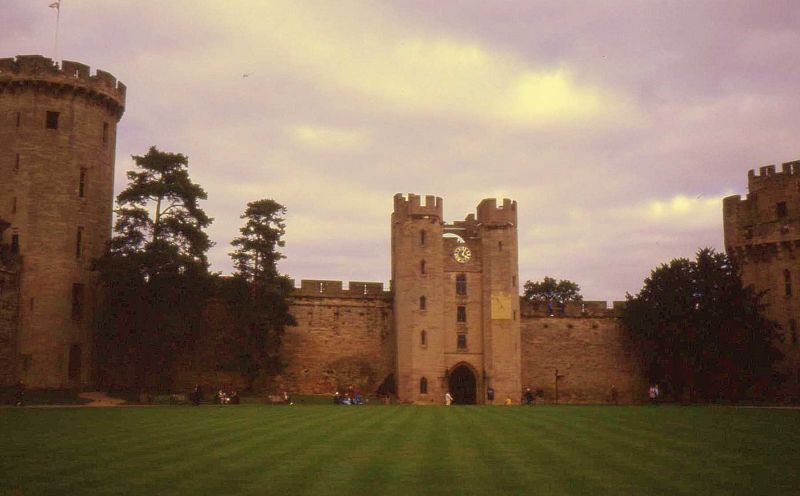 2.
Early site, probably dating from pre-Norman times. Much mediaeval work
remains. Good C18 and later additions. In 1871 a fire gutted the Great
Hall and East Wing, these being restored by Anthony Salvin. This castle,
(containing a fine collection of antiques and works of art) is considered
of very great national interest. Main block with C14 walls and vaulted
undercroft. Caesan's tower and Guy's tower, the Gatehouse and its Barbican
also C14. The curtain walls may date from this period. Bear and Clarence
towers C15, left incomplete 1485 and later given battlements; probably
intended as a stronghold within the castle similar to that at Raglan.
Late C17 internal features include exceptional plasterwork and wood carvings
to the Cedar Room by Roger and William Hurlbut, completed 1678. Altered
1753-5 by Lancelot Brown, who rebuilt the porch and stairway to the Great
Hall. Porch extended forward and additional rooms built beside it, 1763-9,
by Timothy Lightoler. Watergate tower restored by A Salvin 1861-3. AM.
VCH, viii, pp.454-64.