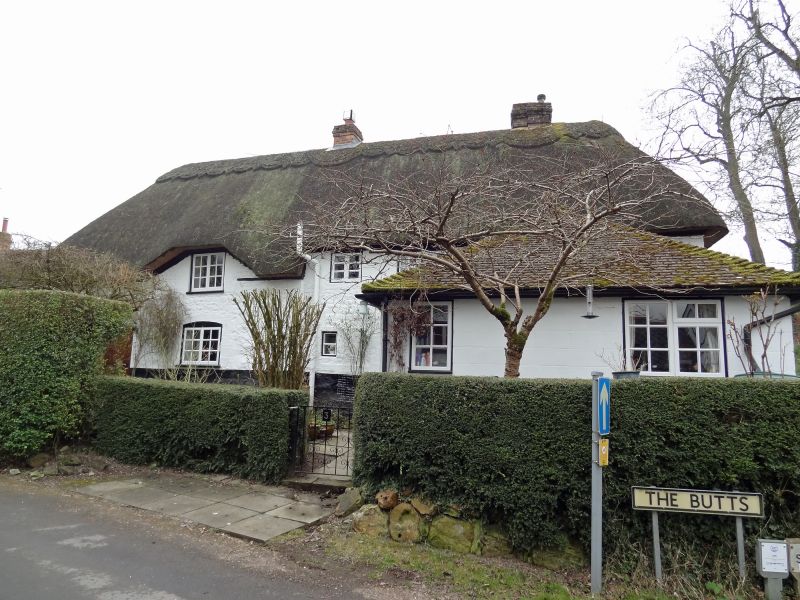 Pair of cottages, C17-C18. Whitewashed chalkstone with brick
dressings. Thatched roof. Each dwelling of 2 bays, 1 storey and
attic, with rear wing to left, and C20 forward extension to No 3.
Originally a lobby entry house. C20 boarded door and timber paned
casement windows all under segmental heads. Roof returned over
rear wing and thatch drawn down over gable. Single flue gable stack
to No. 4, central stack to No. 3.