A Grade I Listed Building in Lansallos, Cornwall 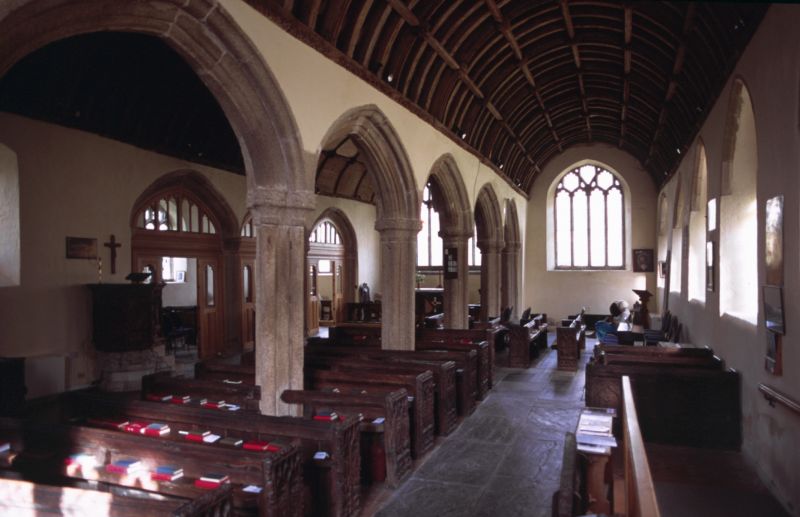 Square Norman font with panelled sides decorated with Tree of Life and fleur de lis. Circa C18 marble piers at corners. Behind font, remains of earlier font found buried at Higher Town Farm, Lansallos. Remains of altar table, heavily restored with claw and ball feet. Mutilated circa C19 effigies of knight and lady by south door. Probably members of the Hywysch family who were Lords living at the fortified manor house of Raphael (qv).

Memorials Ledgerstone remounted on south wall of south aisle. To Margery Smith, died 1579. Signed by Peter Crocker. Shallow relief of woman in farthingale, pointed stomacher and ruff. The kirtle is decorated with incised patterns heraldic arms and marginal inscription. Several C18 and C19 memorials and ledger stones, some set in east end of slate flag floor. Cracked bell resited at west end of church inscribed 'Sancta Margareta ora pro nobis'. Heraldic shields. William of Worcester in circa 1478 suggested that St Hildern, Bishop, was buried before the high altar. No evidence of this has been revealed in archaeological excavations.