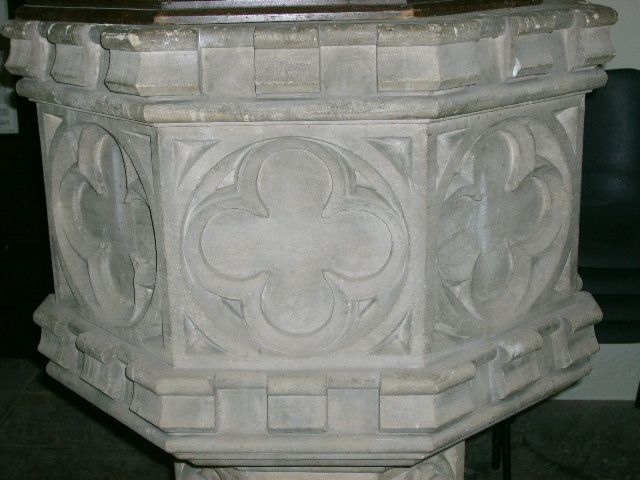 Church. 1878. Ashlar, red clay tile roof. 3-bay nave with south porch and
west bellcote, 2-bay chancel. In Gothic style. 2- and 3-light Decorated.
traceried windows with hoodmoulds, moulded string at sill level, stepped
buttresses to angles and between bays. Double-chamfered arch to porch,
blind tracery and a statue in a niche above. Paired 2-light window to west
end, 5-light east window. Bellcote with single bell under a pediment
surmounted by a cross. Interior: high and wide chancel arch with painted
lettering above. The east window has an Ascension scene and is signed ,
"J. B. CAPRONNIER BRUXELLES FECIT 1879". The church stands on the site of
2 earlier structures, the first completed by 1242, and rebuilt in 1782. The
present church was built largely at the expense of Mr James Brown of
Copgrove Hall; a notice on the church door indicates that a £60 grant was
received from the Incorporated Society for Building of Churches in 1877.
H F Diggle, Burton Leonard Church Centenary leaflet, 1978.