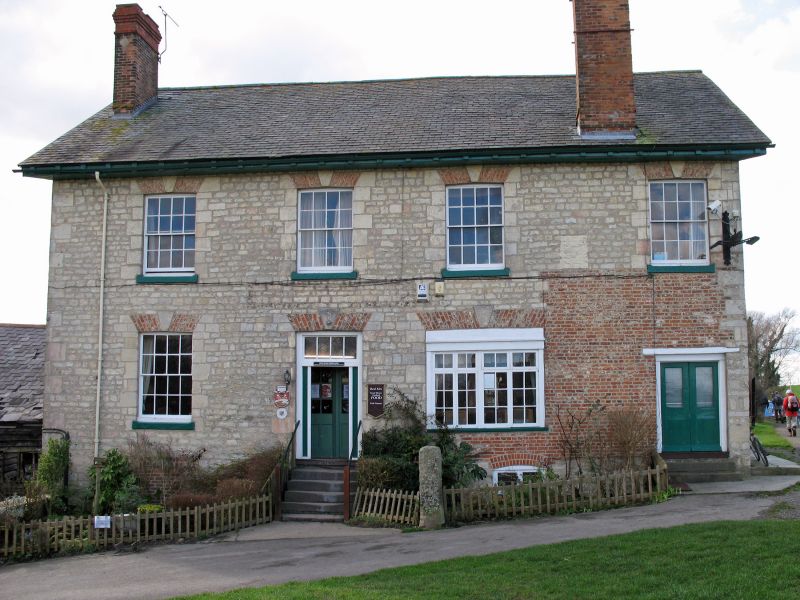 Built at the far corner of parish on canal to serve Honey Street wharf in Alton parish, which refused to have drinking houses. The bar on the canal side has a painting to the ceiling and upper walls added in 1997 which shows henges and tors to the walls and the four elements with planets, a green man and crop patterns on the ceiling