The Chantry, and Adjacent Doorway 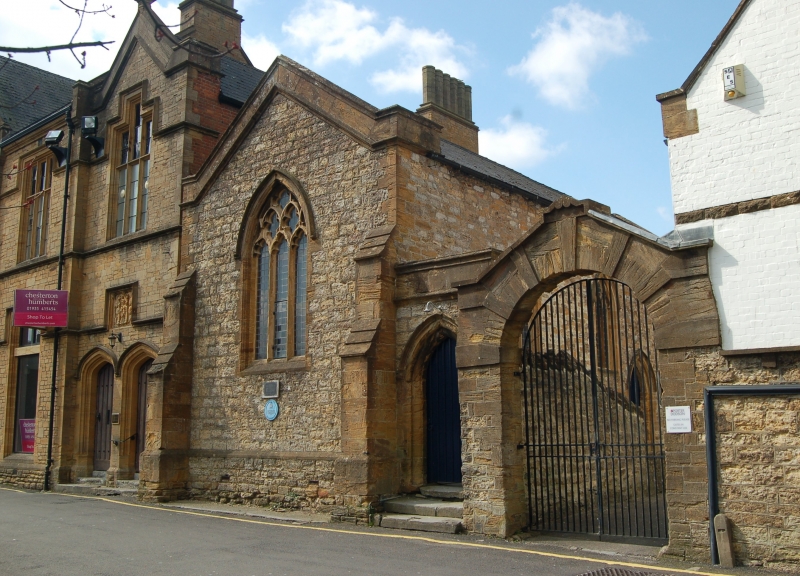 5/3 The Chantry
(formerly listed as the Technical
Institute), and adjacent doorway

Chantry chapel, later school; Late C14 (re-erected on new site 1885). Local
stone cut and squared, with Ham stone dressings; Welsh slate roof between coped
gables. Single storey. Gable end to Church Path has deep plinth, square offset
buttresses and angled string course and coping without finial; one C14 window
with reticulated tracery and label moulding: the wing wall to the North has a
pointed arch doorway of C19. The North flank wall (masked by the boundary wall)
has three C14 late cusped tracery windows. Interior not inspected. A medieval
Chantry chapel which originally stood against the South West corner of St.
Johns' Church tower. By 1410 used as a Choir School, and refurbished in 1573 as
the School House. Dismantled in 1855 and re-erected on its present site as part
of the original St. Johns Sunday Schools, used in conjunction with same until
c1880, and then lent to the Roman Catholics until their church was finished
c1898. It then became part of the Technical Institute; (disused January 1983).