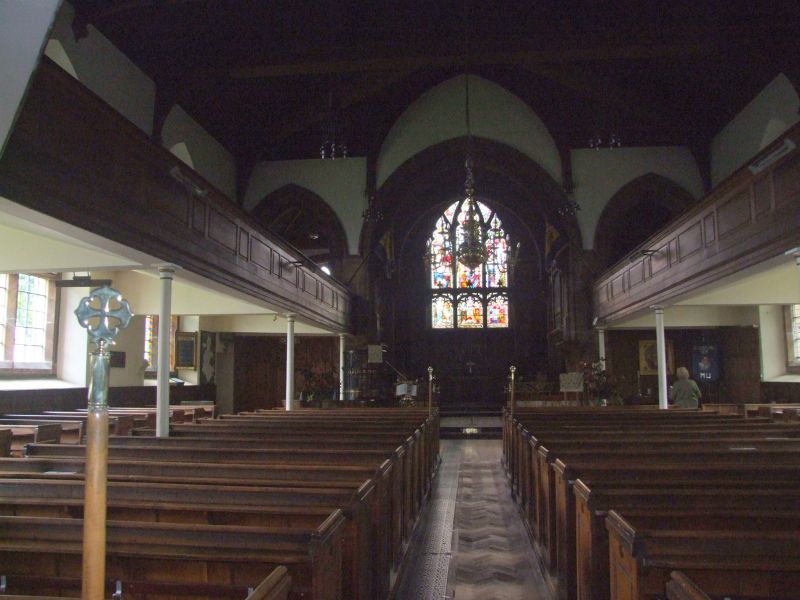 Unusual circa early C14 west doorway with four arches of continuous mouldings with dog-leg bends at the base. Statues in niches on west and east walls of the tower. Wide nave of 1809-13 with slate hipped roof and gothic corbelled eaves. Four nave and south Decorated style windows of 1840. Chancel of 1886 with canted angles and early English east window under a gable. Vestry in angle of tower and nave with gothic ogee arched doorway and cast-iron windows.