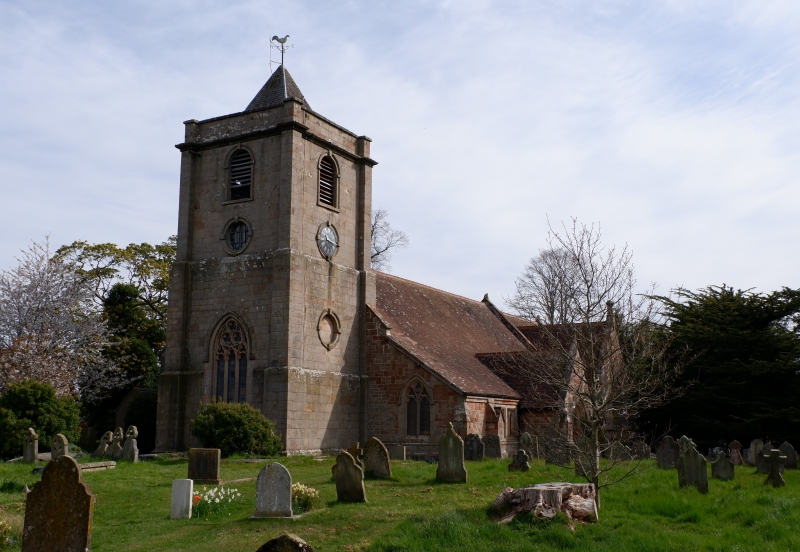 Tower: in three stages with corner pilasters, moulded cornice and parapet; pyramidal tile cap with late C18 weathercock. Belfry has louvred round-headed windows with projecting keystones and imposts; roundels below on north, south and west with similar moulded keystones; iron grilles to those on north and west and clock to south. Blind roundels, also with keystones, to second stage on north and south. Infilled square-headed doorway on north and inserted three-light Decorated-style window of 1878-79 to west.

Octagonal C15 font with pedestal and carved quatrefoils to bowl considerably restored 1840. Oak chest at west end of nave inscribed with the date "1686" and the churchwardens' initials "TB" and "ID"; C17 chest in front of north door has rosette
decoration and inscription "RC". C17 table (now altar) at east end of north aisle has turned balusters and round-headed arches with leaf carving to spandrels. Wooden pulpit with carved Gothic tracery dated 1879 and other fittings and furnishings late C19.