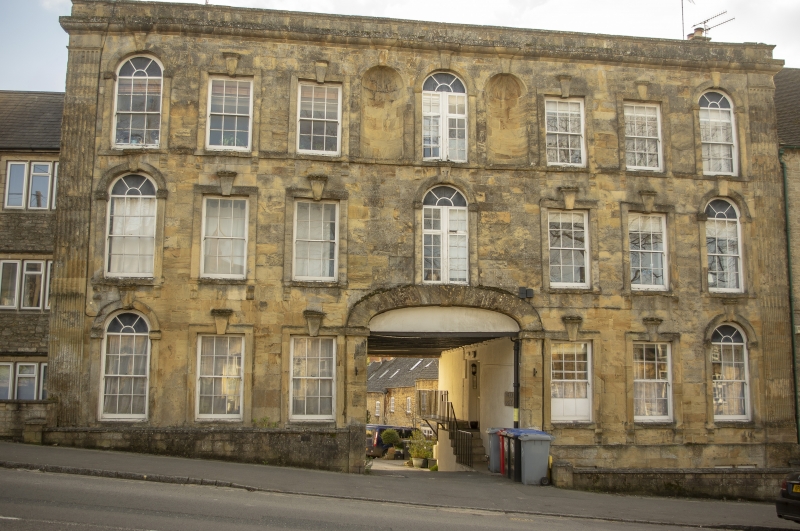 CHIPPING NORTON NEW STREET
SP 3027-3127
(south side)
3/68
King's Head Court
23.4.52 (formerly listed as
King's Head Yard Nos 1
and 2)
GV II*
Former inn, now flats. Circa 1720 refronting of an earlier house. Ashlar facade
and rubblestone to the side walls with a restructured roof and stone stacks.
Grand Cotswold Baroque 3-storey facade of 9 bays with fluted Doric pilasters at
each end and a cross rhythm of round headed and square headed windows and round
headed niches. The outer bays have round headed sashes, the next 2 inwards are
square headed and the central feature is a depressed arched carriage entrance
with round headed sash above set centrally, another above this on the top floor
flanked by niches. The whole facade is tied together by a second floor band and
moulded cornice into which the keystones of the end top windows and 3 central
round headed features project. Some decayed and other surviving proud keystones
and brackets below the windows. Recently sympathetically cleaned, it is a build-
ing of great visual prominence and local architectural distinction.