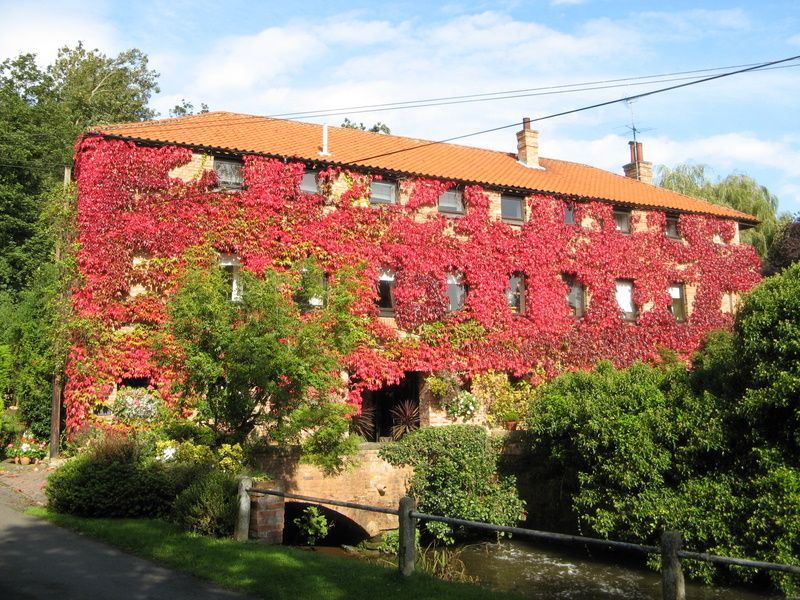 Cotton water mill, now house. Late C18, converted c.1975. Red
brick. Hipped pantile roof. Single red brick stacks to the right
and front. Dentil eaves. Two and a half storeys, 11 bays to the
ground floor and 10 bays to the first and 2nd floors. Part
blocked carriage archway now with internal porch with C20 inner
doors. To the left are 3 casements and to the right 3 casements,
a doorway, a single casement, a single similar blocked window
opening and on the far right a single similar window opening.
Above are 8 larger casements with single similar outer blocked
window openings. On the top floor are 8 smaller casements with
single similar outer blocked window openings. Windows and blocked
openings have blue brick sills. Openings on ground and first
floors under segmental arches. Rubble embankment walls to the
north, to the south is a bridge over Dover Beck with ashlar coped
brick parapet and single segmental and round brick arch under.
The right part of the building is part demolished. Interior has a
large water wheel. Reputed to be the mill in which Robert Blincoe
worked - author of Memoirs describing the treatment of a parish
apprentice.