A Grade I Listed Building in Bellingham, Northumberland 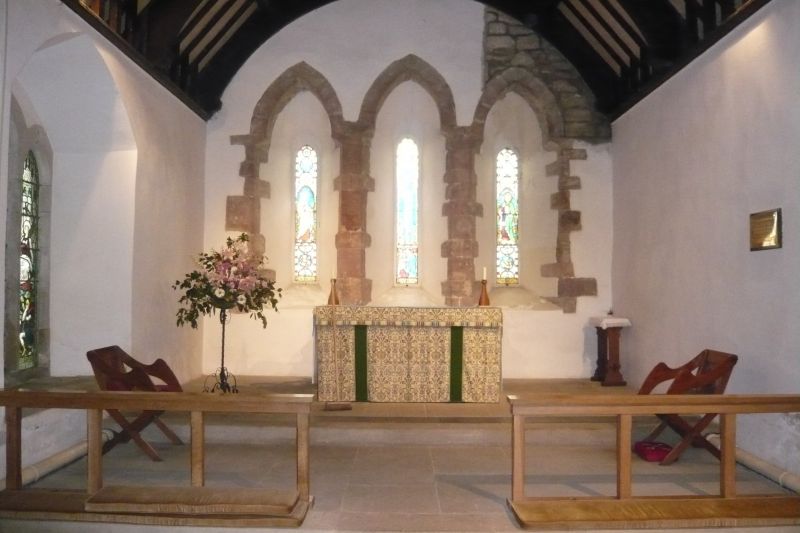 Interior has east and west responds of former C13 arcade in corners of nave and
C13 double-chamfered chancel arch. C17 chamfered round rere-arches to nave
lancets. Nave roof has stone barrel vault with 15 transverse broach-stopped
chamfered ribs. Similar roof to south chapel which also has triple-shafted
corbel respond of a C13 west arcade. Arch into chapel from nave is round, double-
chamfered with broach stops of 1609. East lancets, have shouldered rere-arches.
Monuments to Archibald Reed 1729 and TheresaandHarriet Charlton 1829 on chancel
north wall inside. Attached to chancel south wall outside, monument to Charlton
of Redesmouth, 1628, with large irregular lettering carved in relief. Late C19
Gothic copper lamp over north door.