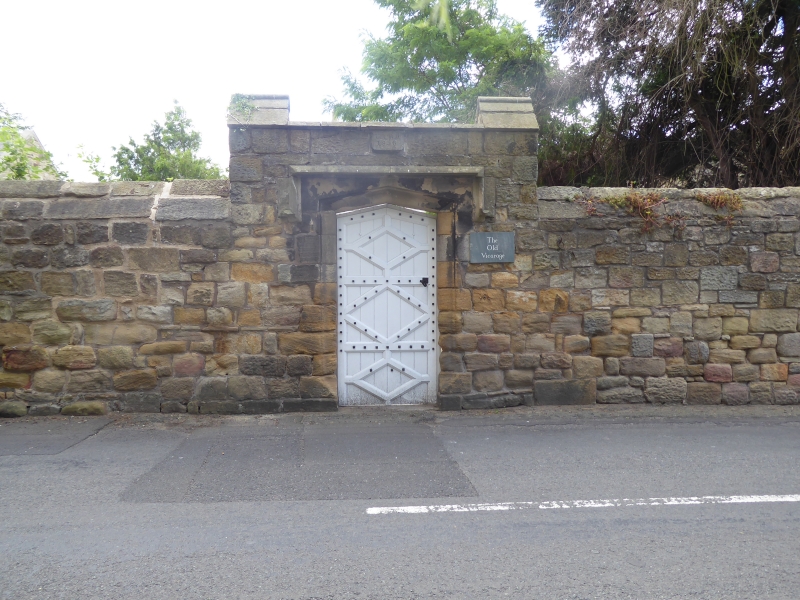 Interior has blocked, possibly late medieval, doorway with broadly-chamfered
surround and flat lintel with rounded shoulders. This has drawbar tunnels and
was probably an outside door. It is in right ground floor room with C15 window.
Large fireplace in centre ground floor room has flattened Tudor arch and plaster
reliefs of oak leaves inside fireplace. Further large segmental-headed fireplace
in former kitchen with nailhead on each voussoir. Early C19 staircase but stone
newel of former stair remains. Plaster frieze in upper room with pairs of
affronted dragons; and fleurs de lys in corners of ceiling.

The house was a cell of Hexham Abbey.