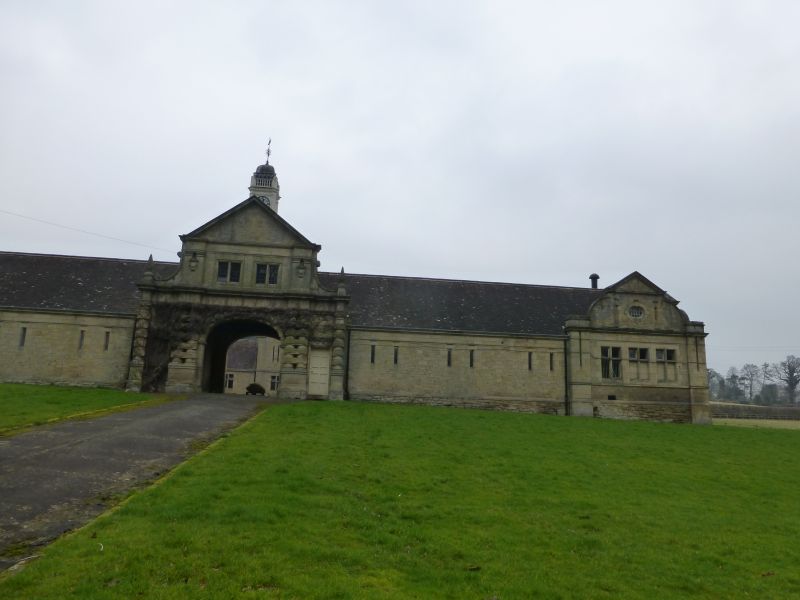 Ranges around courtyard each single-storeyed except for projecting gabled 3-bay
centrepiece; those at sides have loggias with keyed round arches and three 4-pane
windows above; that at rear has ogee-headed doorway flanked by 4-pane casements.
Boarded pitching door flanked by slit vents and 4-light window in gable.
Single-storey parts have ogee-headed doorways, 4- and 6-pane windows, and round-
arched carriage entrances in north part of east range. Walled yard has south
gateway with banded rusticated piers; gabled coachhouse to left with boarded
doors under elliptical arch with slit above.