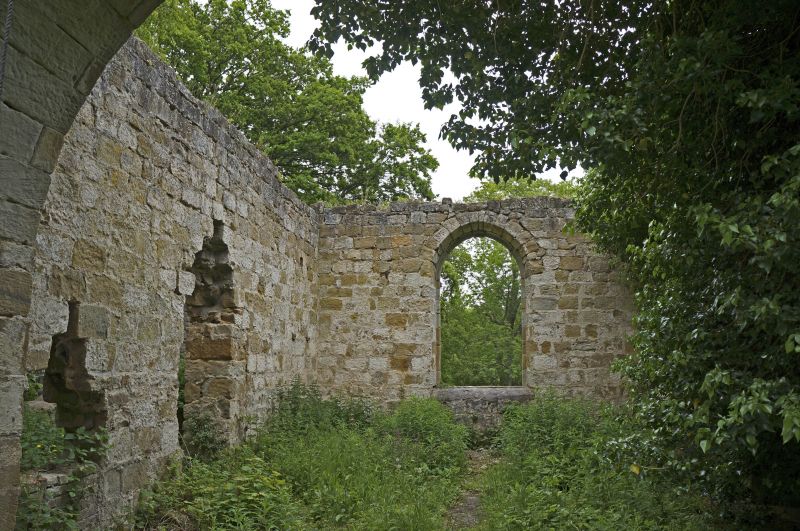 Interior; trefoiled chancel arch outlined by raised balls with panelled soffit
and spandrels, the latter with crude foliage design, possibly early C20. Panelled
dado. Most fittings removed. The ground plan with the asymmetric layout of the
nave (c.f. Middleton St. George, Co. Durham) suggests that the south and west
nave walls, and possibly those of the chancel, lie on medieval foundations.
Church last used 1966, derelict at time of survey.