A Grade I Listed Building in Ponteland, Northumberland 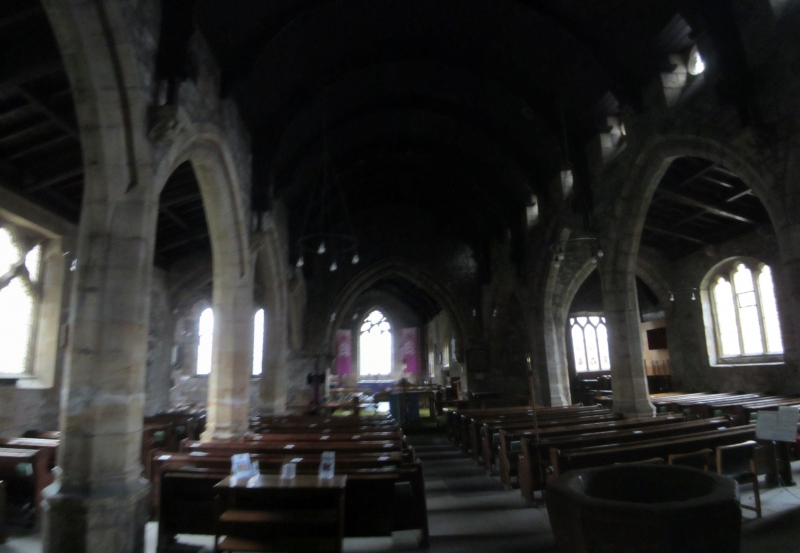 Interior: C15 south arcade with octagonal piers and double-chamfered arches
dying into imposts. Similar north arcade of 1810. C13 chancel arch has re-cut
corbels of Adam and Eve, before the fall on the south, after the fall on the
north. North transept north windows have shouldered rere-lintels; the east
windows have shouldered rere-arches. C14 glass fragments in chancel window
heads. Trefoiled piscina in frame of dogtooth.