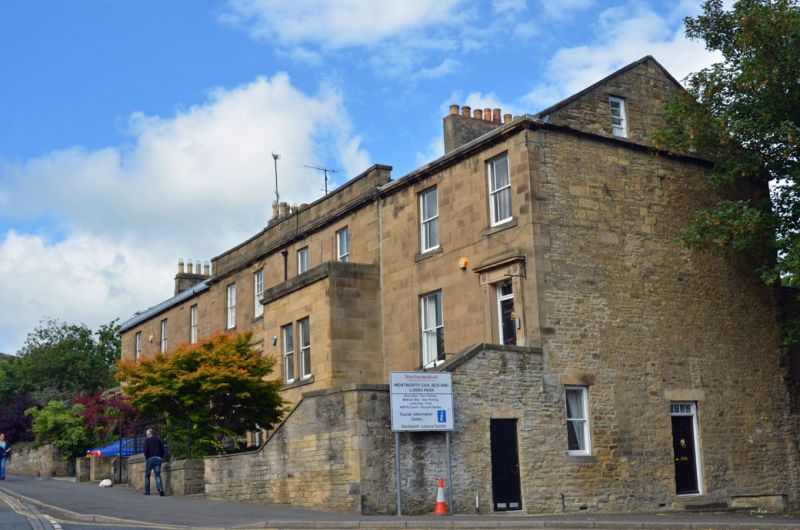 House, now office and veterinary surgery. c. 1825. 2 storeys. Built around a courtyard to the road, closed by a low wall with central gate piers and cast iron gates. Recessed centre (south front) has 2 windows, east wing has single window over projecting porch.
South front ashlar, right wing rendered with some raised quoins. Moulded eaves cornice. Sash windows: marginal glazing bar sashes to south front, glazing bar sashes to east. Porch in north east corner closed, with Ionic portico with entablature to west and a niche to south.
Double span gable to east wing which has 3 chimneys, a kneeler with a plaster lion couchant and a single window to left. North front to east wing has front brick with chamfered quoins, kneelers and rusticated headstones. Later 4 light bay to right.
Rear: ashlar at back of centre portion, which also has an Ionic portico.