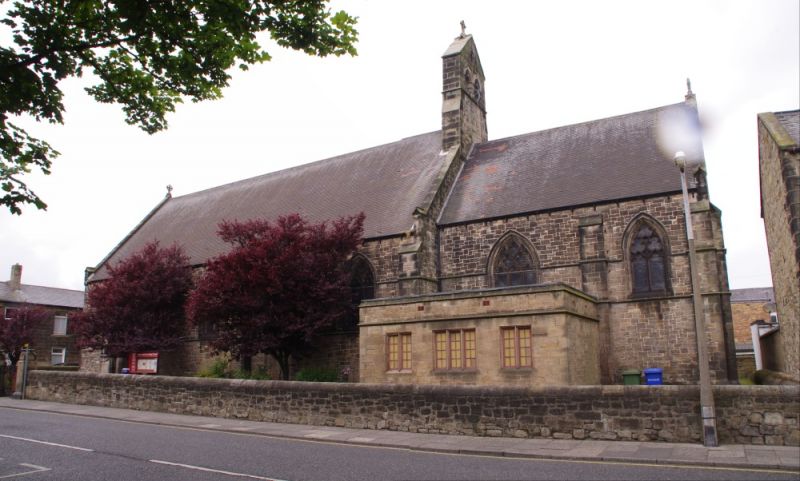 Civil Parish: Amble by the Sea

Chamfered plinth; moulded sill strings and linking hoodmoulds. Stepped
buttresses between bays, flanking west end and as angle buttresses at east
end. South wall of nave shows boarded double doors in west bay, in double-
chamfered arch with ogee hood carried up to a finial between 2 quatrefoil
panels, in a broad flat-topped projection. Both sides of nave show 2-light
windows with varying tracery; a pair of similar but taller windows set high
in west end. On east end a stepped gabled bellcote pierced by two large
trefoil-headed arches with a smaller above and between. Slightly-taller
chancel has 3- and 2-light south windows, the former above a flat-roofed
vestry with 2- and 3-light mullioned windows, and a 3-light east window.
Pent-roofed north vestry with small lancets. All gables have moulded coping
and finial crosses.