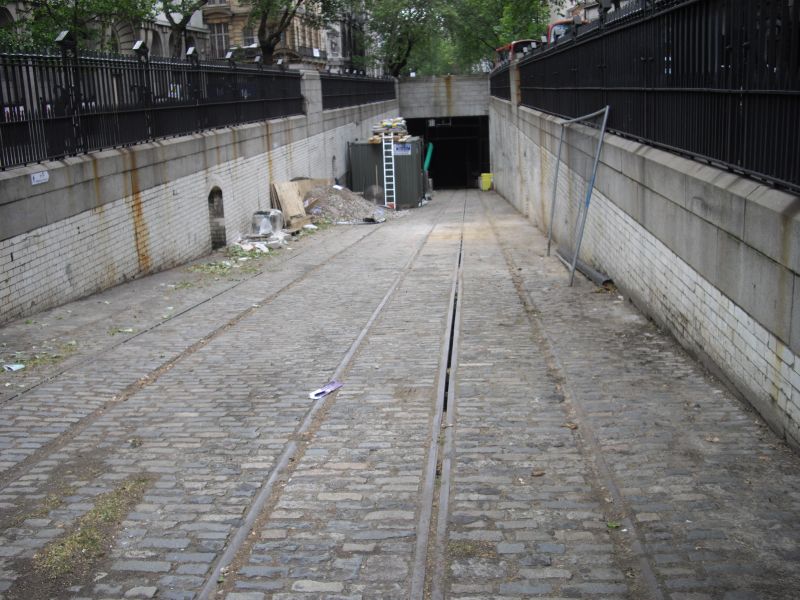 GV
II
Tram subway. 1904-1906. By the London County Council for their tramways undertaking.

Tunnel lined with white glazed brick and retains its original cobbles and tram rails; with granite-clad portal and surrounds, the latter surmounted by cast-iron railings. Tunnel entrance is square in section, heightened in 1929-1931 to take double-deckers. Cast and wrought-iron gas lamp stand at south end of surviving section with monogram 'LCC' incorporated at base.

HISTORICAL NOTE: the subway originally ran from the Embankment to Holborn, and was constructed as part of the original layout of Kingsway by the LCC; it closed in 1952. The southern end was adapted as a traffic underpass in 1964 and is not included. The separate northern section has considerable streetscape value for the quality of its granite massing and ironwork decoration as well as having particular historical interest as the only underpass specifically for trams.