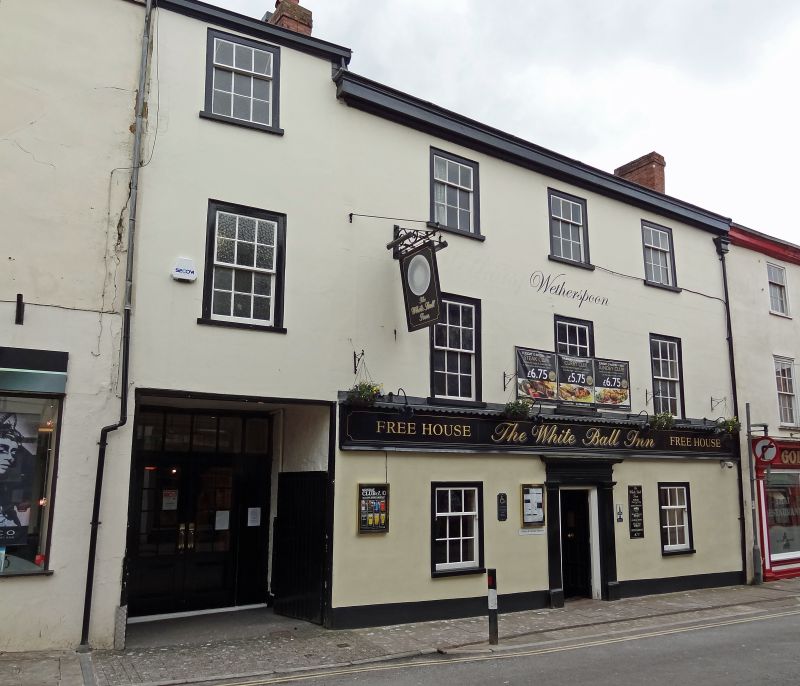 Public House. Early C18 or earlier, with later alterations.
Rendered front elevation, rear partly slate hung, rear wing
stone rubble and brick. Slate roof. Stacks with brick shafts
including rear right lateral stack that may be early.
Cast-iron rainwater goods including one nicely-shaped hopper.
PLAN: L-plan. The main range has a carriageway through to the
rear, rear left wing may have been used for stabling.
EXTERIOR: 3 storeys. 1:3-bay front the 3 bays symmetrical.
This block has a platband and good C18 pilastered doorcase
with cornice, C20 front door. C20 high transomed casements to
left and right of the front door but in earlier moulded
surrounds. First floor 12-pane boxed sashes, second floor 3
over 6-pane boxed sashes. The one-bay block to the left has a
carriageway below windows that match the rest of the facade.
INTERIOR: not inspected.