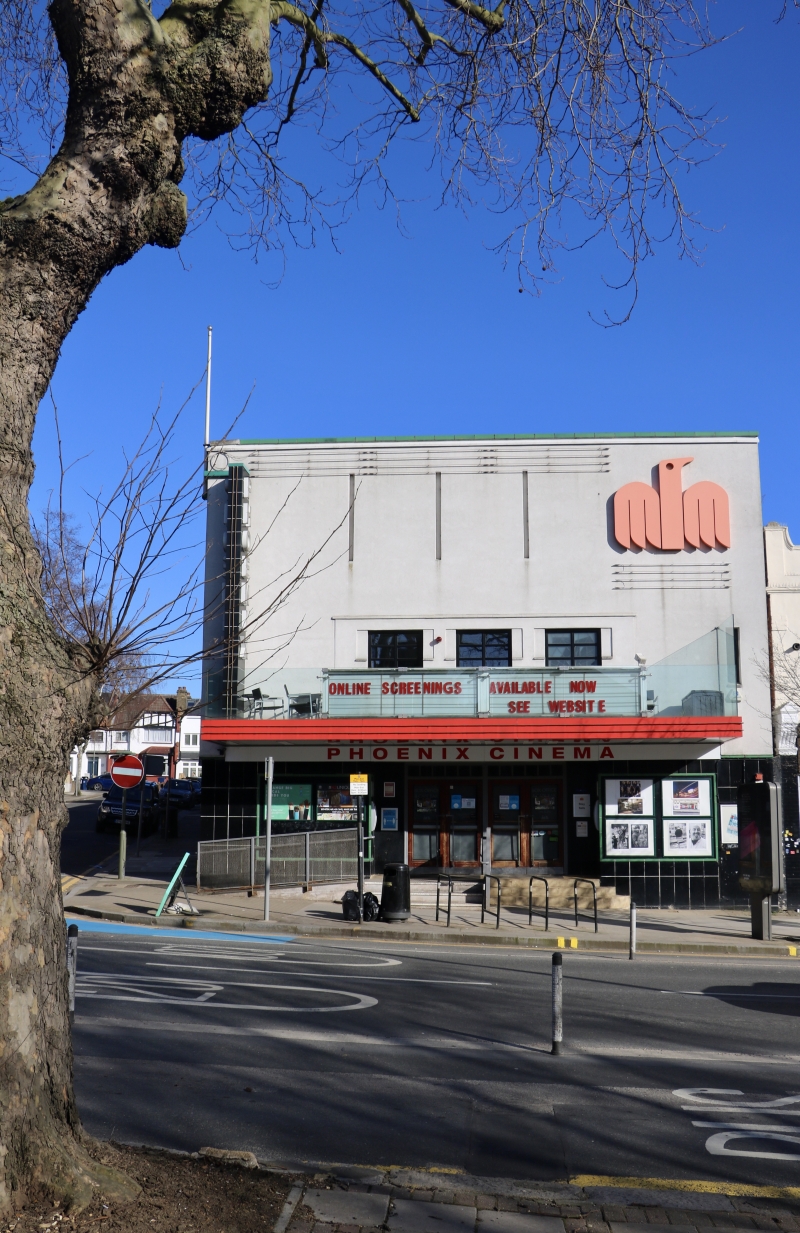 Built in 1910-11 as the Picturedrome for H.E. Barley. Architect: S. Birdwood. The cinema was given a new facade and internally remodelled (including the re-orientation of the auditorium) in 1938, as the Rex, by Howes and Jackman. Rendered facade and left return wall, the visible auditorium walls in stock brick. Three-storey entrance block, with low auditorium behind, which has no balcony.

EXTERIOR: Moderne facade, with a simple concrete cornice. The entrance doors in the centre of the frontage are approached by two steps, becoming three on the right due to the fall in the ground. A canopy at first floor level runs the full width of the building. Three horizontal windows in the centre of the first floor under a hood mould. The top floor is left bare except for three vertical slits in the render. There is a narrow vertical window on the right of the facade and two similar windows, one above the other, in the left return. The black vertical feature to carry the name of the cinema is original.

INTERIOR: Small foyer with door on the right to a double-height inner foyer, from whence the auditorium is gained by a flight of stairs, again on the right. Long tunnel-like auditorium with a raked floor. The barrel ceiling, divided into fields by bands of plaster, dates from the earlier construction period of 1910-11, while the arch-topped proscenium and Art Deco relief panels on the side walls (and in the angle between the latter and the proscenium) date from the 1938 remodelling. The relief panels represent foliage and are in the style of Eugene Mollo and Michael Egan. Heavy moulded cornice which, in the far corners, rises to meet the proscenium.

ANALYSIS: An example of an early purpose-built cinema which has been in continuous operation. The interior contains Art Deco panels in fibrous plaster relief of high quality and the auditorium remains complete and unaltered since 1938.