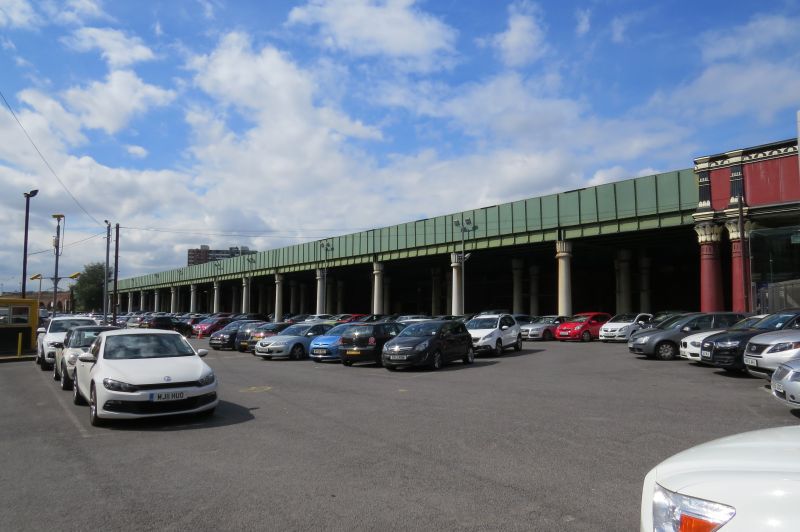 Railway viaduct. 1844. By Sir John Hawkshaw, engineer, for the
Liverpool and Manchester Railway. Cast-iron columns support
I-section girders and cast-iron parapet. Massive cast-iron
columns have Egyptian lotus flower capitals. The parapet,
plain for most of the length of the colonnade, is enriched in
the section forming bridge over New Bailey Street: divided by
fluted pilasters with acanthus capitals and frieze.
(Biddle G and Nock OS: The Railway Heritage of Britain:
London: 1983-: 101).