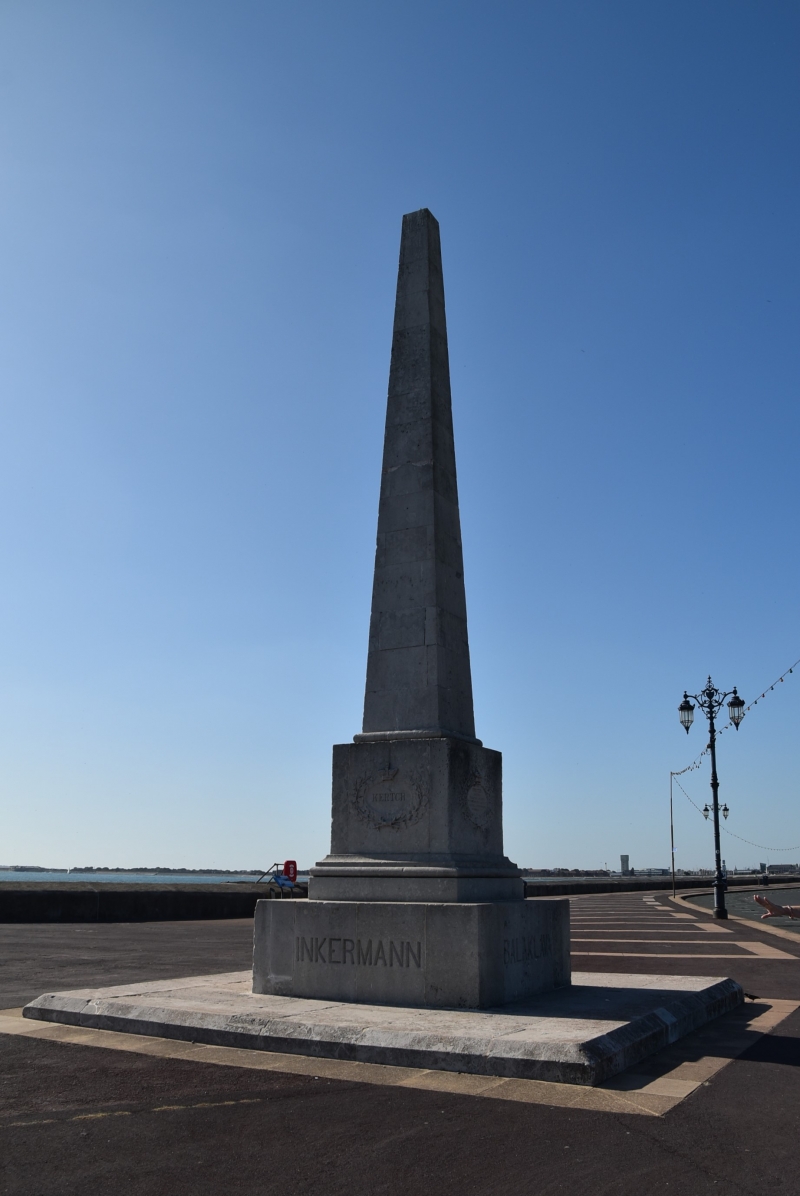 Monument. 1857. By HJ Andrews, J King and Sons, Portsea.
Stone. Portland stone obelisk set on pedestal and plinth.
Crimean War Memorial. Inscription reads 'Erected in memory of
those brave soldiers and sailors who during the late war with
Russia died of their wounds and are buried in this garrison'
and 'Erected by the Debating Society of Portsmouth aided by
their fellow townsmen, June 10th 1857'.
(The Buildings of England: Pevsner N & Lloyd DW: Hampshire and
the Isle of Wight: Harmondsworth: 1967-: 463; Berridge DW:
Monuments and Memorials in the City of Portsmouth: 1984-: 2).