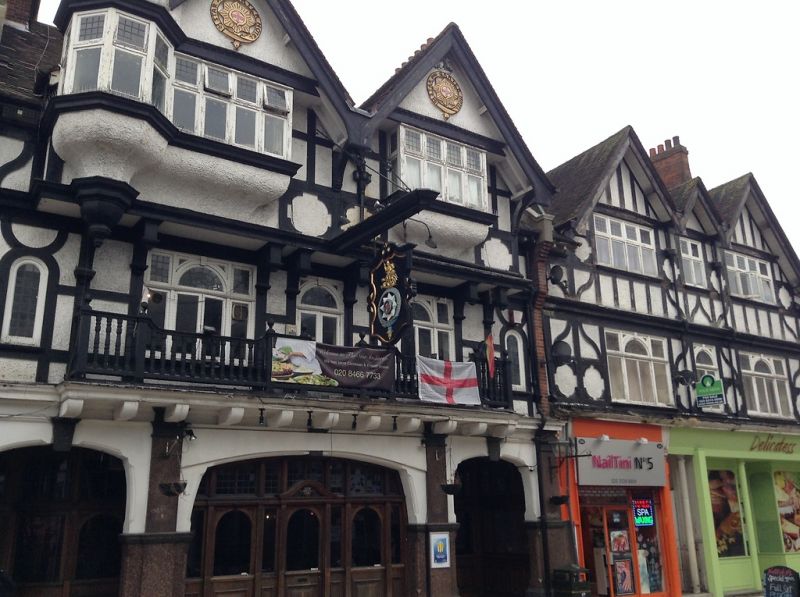 Nos 223 and 225 has three conjoined gables on the second floor, the central one smaller. Mullioned and transomed casements to second floor, centre two-light, end ones four-light, first floor has Venetian type windows of the Sparrowes House variety. The ground floor retains end granite pilasters from the original shopfront and the original fascis may remain behind the early C20 wooden one. No 223 has an early C20 shopfront with two partly fluted and partly plain columns and 225 has a small late C20 aluminium shopfront. Right side elevation is of brick with stone coping and elaborate brick kneeler.