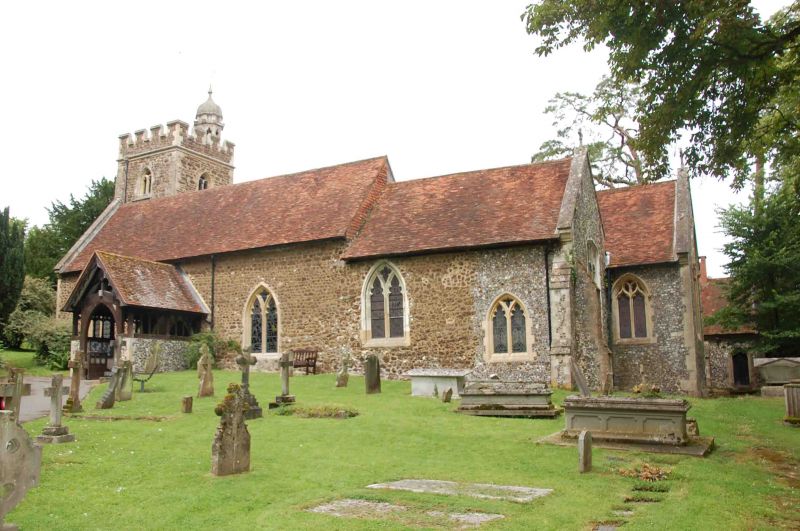 BINFIELD
CHURCH HILL (north east side)
Church of All Saints

Timber framed open porch is late C14; each side has eight feathered and traceried bays. Roof has collar purlin, collars are arch-braced and there are two large tie-beams at each end with redundant crown posts. Doorway partly restored, has moulded label and of two continuous orders, inner hollow chamfered, with square flowers in pointed head and upper part of jambs; outer moulded with double ogee.
South chapel: two windows, each of two cinquefoiled lights, both restored; east window C15 of three cinquefoiled lights with tracery under depressed head.

Chancel: C19 east and south fronts similar but of two-lights.

STAINED GLASS: south-east window in south chapel has C15 glass, representing figures of St George with the dragon, St John the Divine with the poisoned cup, St Peter, St Paul, an angel and the Blessed Virgin. Glass in the west window of the south aisle is 1863 by O'Connor.