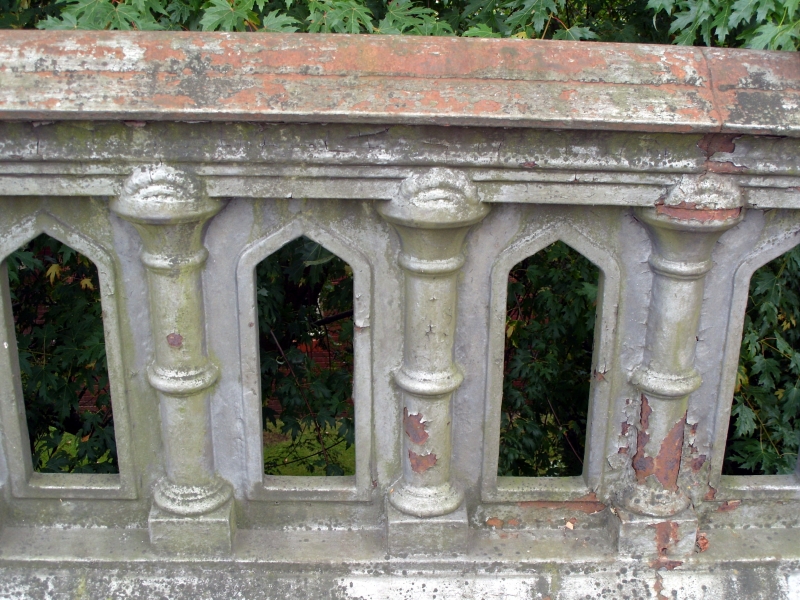 GV II
Railway bridge. 1881-2; by William Jacomb, chief engineer for the London and South Western Railway Company. Three spans; central span over railway lines has riveted iron box-girders supported on riveted iron piers with cross-bracing between; the side spans have iron beams with brick jack-arches between and riveted iron piers. Carriageway has cast-iron parapet balustrades with cast-iron lamp standards. The abutments are of red brick in Tudor style with moulded brick strings, 3-centred arches and brick semi-octagonal piers with arched panels and Portland stone dressings. Abutments at west end divides north and south and has flight of steps at centre. The Central Bridge carried the road from the Floating Bridge [opened in 1836] over river Itchen.
Buildings of England, p.554.