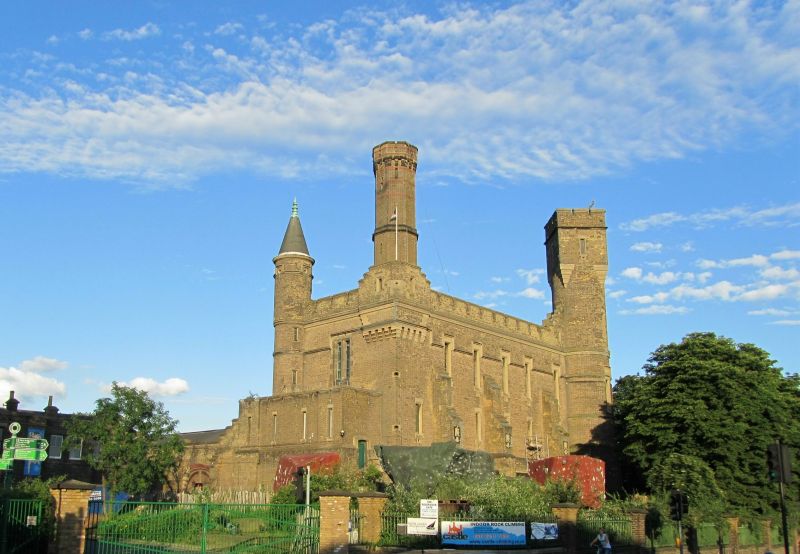 GV II
Boundary wall and railings to former pumping station. c1870s for the New River Company. Stock brick in Flemish bond with blue brick plinths, stone capping, and iron railings. Walls comprise brick piers with corbelled tops and pyramidal stone caps, linked by low brick wall blue brick plinth and stone cill under iron railings with spear heads. The walls run parallel to the east and west sides of Green Lanes and the listing includes: west side from the K2 kiosk (q.v.) north for 15 bays; east side from the boundary with No.212 north for 13 bays. The wall that continues to the north has been substantially rebuilt and this is not included in the listing.
HISTORY: The Pumping Station (q.v., II*) was built 1854-6 to the designs of W. Chadwell Mylne in an picturesque medieval fortress style. The boundary wall and railings first appear on a map of 1883. This was the site of the 1830s New River reservoirs, with filter beds added from 1855. The Metropolitan Water Board was established in 1902 at which time the undertakings of the New River Company were transferred.

Listed as the intact section of Victorian brick boundary wall with iron railings that has good group value with the Grade II* former Engine House and Ancilliary Building.