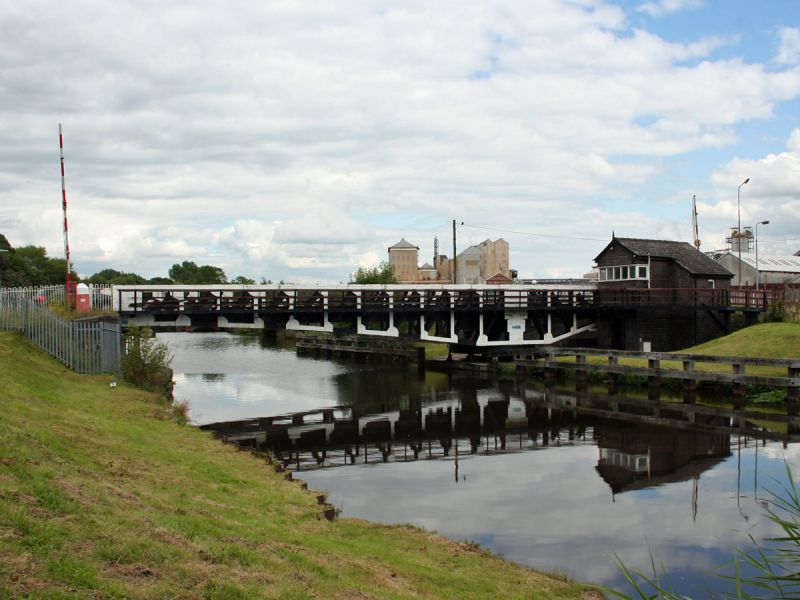 HISTORY: Constructed in 1908/9 the electrically operated swing bridge replaces an earlier version constructed in 1901, which proved inadequate both in terms of carrying capacity and design. Along with the neighbouring Town Bridge (1899) and Hayhurst Bridge (1899) in Northwich, Winnington is one of the earliest swing bridges in Britain to have electric power.
The bridge enabled greater carrying capacity of road loads and an increase in the navigable waterway available thus enabling trade expansion and business growth in the area's chemical industry. The swing bridge also controlled the water level at Northwich.

SUMMARY OF IMPORTANCE
Winnington Turn Bridge is a single pivot span steel bridge with associated brick control cabin on the Weaver Navigation. The bridge has special architectural interest as an example of an early electrically operated swing bridge. In addition, it is historically significant in the development of the Weaver Navigation and the growth of the pottery and chemical industries of Winnington and Northwich.
The bridge and cabin can also be said to form part of a group with Town Bridge and Hayhurst Bridge further along the navigation in Northwich.