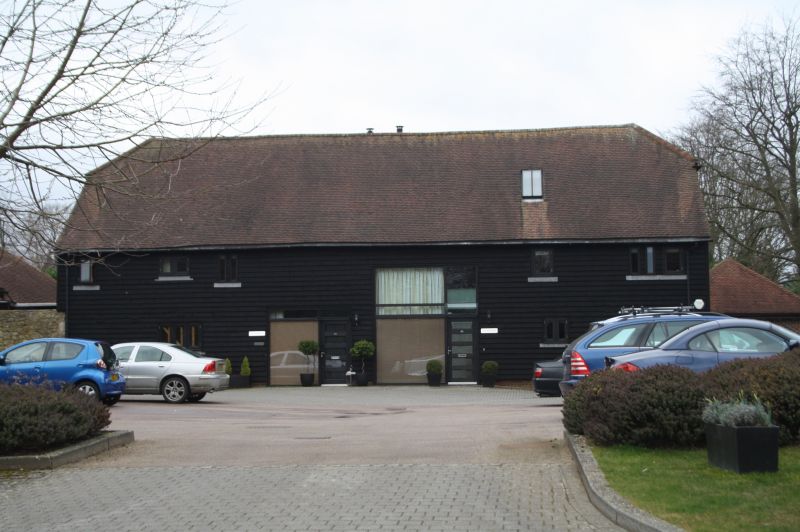 Barn, later bottling plant for dairy. Later C18. Timberframed except for lower part of south end wall which incorporates an earlier Kentish ragstone wall. Clad in weatherboarding with some old boards to east. Half-hipped tiled roof.
EXTERIOR: Original cart entrances to third bay from the north with C19 cart doors to west and curbing stones. Second bay to north on west side has late C20 shutterfronted door and south end has late C20 window inserted below the half-hip.
INTERIOR: Six bays. Upright posts have jowls with a curved profile and curved braces to the tie beams. The wall frame has staggered midrails and diagonal braces. The roof structure comprises a queenpost with angled side ties and a kingpost above. There are two tiers of purlins with diagonal braces.
HISTORY: This barn is shown on William and Edward Peckham's Plan of 1796 and an estate map annexed to a conveyance of the Kippington estate from Sir Charles Farnaby to Francis Motley Austin, a cousin of Jane Austen, in 1797.