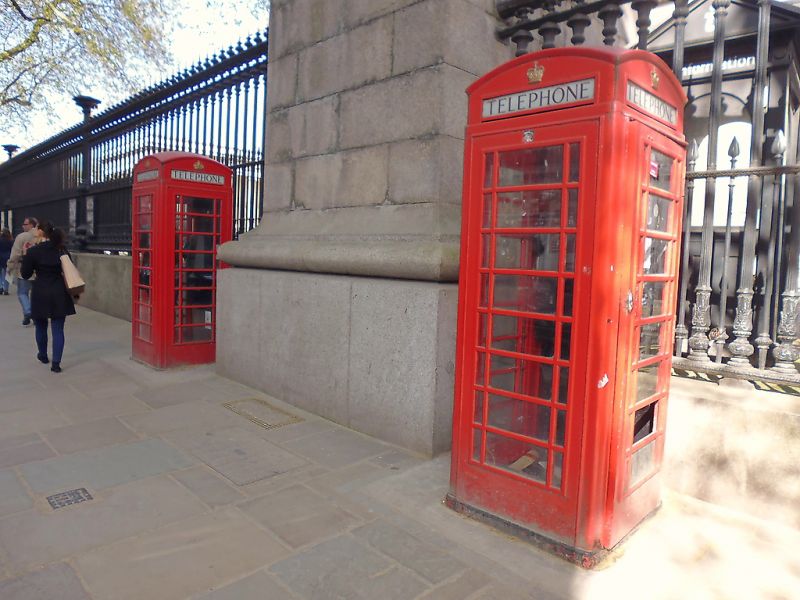 DESCRIPTION: The K6 is a standardised design made of cast iron, painted red overall with long horizontal glazing in the door and sides and with the crowns situated on the top panels being applied not perforated. Both kiosks have rectangular white display signs, reading TELEPHONE beneath the shallow-curved roof. They have modernised internal equipment and some windows have been replaced.

This pair of K6 telephone kiosks stands flanking the eastern stone pier along front boundary railings that stand before the courtyard and front facade of the British Museum, a Grade I listed building. The boundary railings, with the main entrance gateway and lodges, are also listed Grade II*.

REASONS FOR DESIGNATION:
The pair of K6 telephone kiosks, flanking the eastern stone pier to front boundary railings on Great Russell Street are designated at Grade II for the principal following reasons:
* Special design interest: designed by Sir Giles Gilbert Scott in 1935, the K6 is a major landmark of industrial design.
* Group value: this pair of K6 telephone kiosks stands in close proximity to listed buildings, including the Grade I listed British Museum.