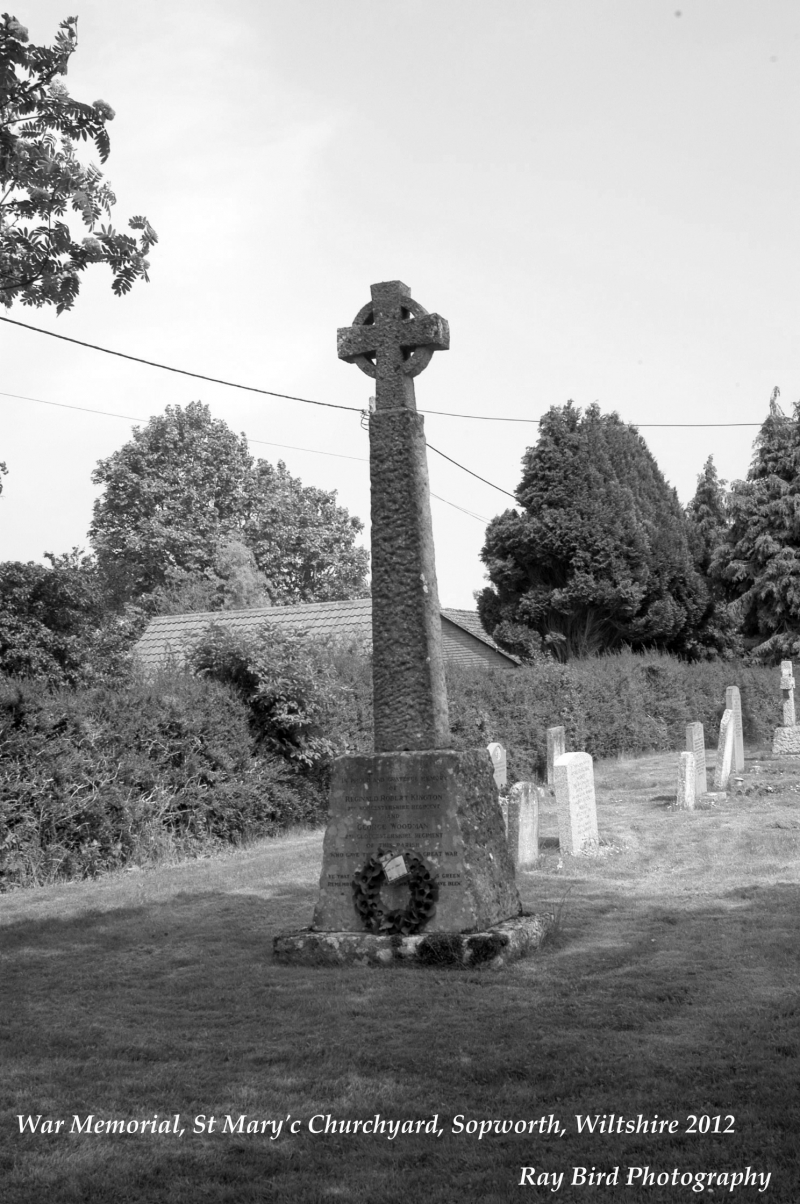 A memorial erected in c1920 commemorating the men of Sopworth who lost their lives whilst serving their country in the First World War and in the Second World War.

A memorial erected in c1920 commemorating the men of Sopworth who lost their lives whilst serving their country in the First World War and in the Second World War.

The c2m high memorial is constructed in granite in the shape of a Celtic style wheel cross set on a rough hewn tapering shaft and plinth.

To the front the plinth is inscribed with black lettering: IN PROUD AND GRATEFUL MEMORY - OF , followed by the names of two soldiers including regiment, and then the words OF THIS PARISH - WHO GAVE THEIR LIVES IN THE GREAT WAR 1914-1918. - YE THAT LIVE ON MID ENGLISH PASTURES GREEN - REMEMBER US AND THINK WHAT MIGHT HAVE BEEN.

To the rear, also in black lettering, the memorial is inscribed with the words ROLL OF HONOUR - WORLD WAR II 1939 -1945 - IN PROUD AND LOVING MEMORY OF, followed by the names of six soldiers including their regiment.

This List entry has been amended to add the source for War Memorials Online. This source was not used in the compilation of this List entry but is added here as a guide for further reading, 16 December 2016.

Sopworth war memorial, erected in c1920, is listed at Grade II for the following principal reasons:
* Historic interest: as an eloquent witness to the tragic impacts of world events on this community, and the sacrifices it has made in the conflicts of the C20;
* Architectural interest: a simple yet refined Celtic wheel cross design, well-crafted in stone;
* Intactness: the structure is unaltered;
* Group value: it groups well with the neighbouring listed buildings, in particular the Grade II* listed Church of St Mary.