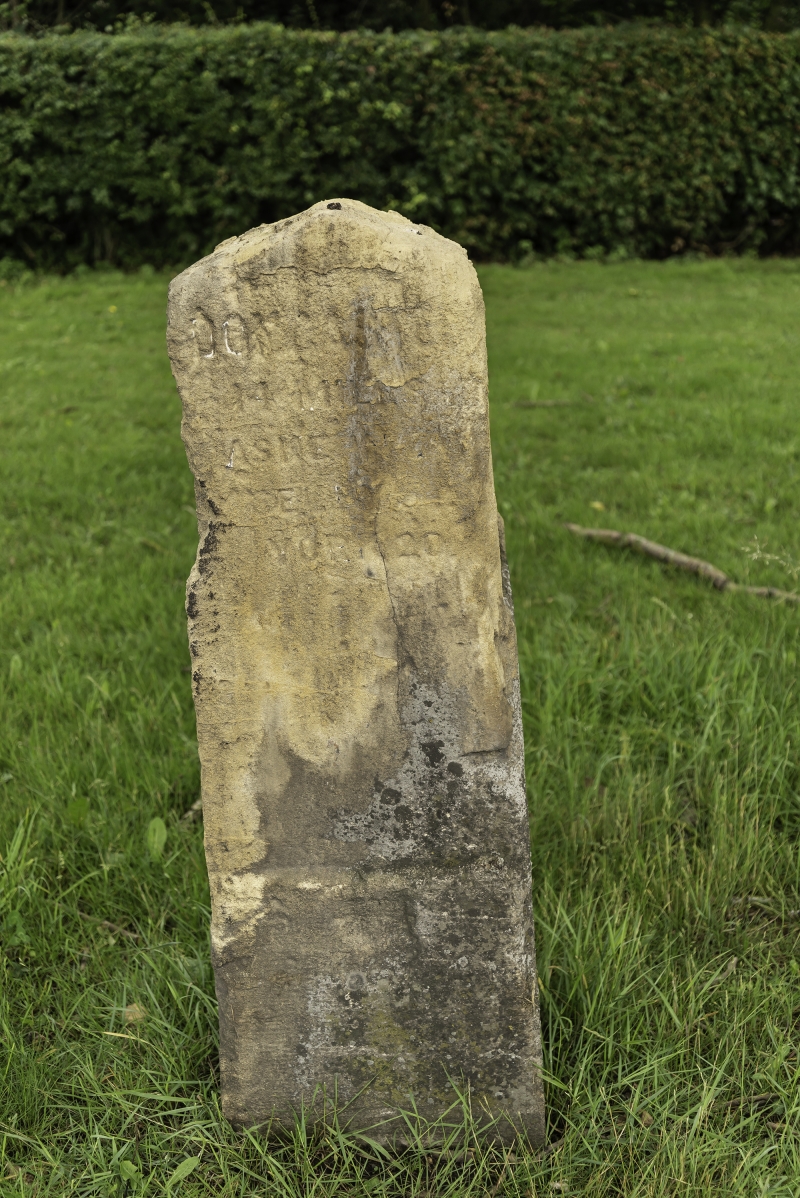 One of a series of inscribed milestones erected for the Doncaster and Selby Turnpike Trust which was created in 1832.

Milestone, 1832, for the Doncaster and Selby Turnpike.

Magnesian limestone pillar of rectangular section with a gabled head. Inscribed on the side facing the road with “DONCASTER / 14 MILES / ASKERN 7 / SELBY 5 / YORK 20”, this still being discernible despite heavy weathering. The rear face is blank, the flanking sides each have a sunken panel as if to receive a metal plate, but with no evidence of fixing holes.

The recommended extent of the designation has been considered with reference to the powers provided by the Planning Act (Listed Buildings and Conservation Areas) 1990 under section 1 (5A), in this case invoking the powers under the Act to make it plain that the milestone has no listed curtilage.

The milestone is now located approximately 160m south along the road from its position as marked on early Ordnance Survey maps.

The milestone approximately 120m north of Roall Lane is listed at grade II for the following principal reasons:
* Historic interest: as a relatively rare example of early C19 street furniture;
* Group value: with at least five other contemporary milestones along the route of the Doncaster and Selby turnpike road.