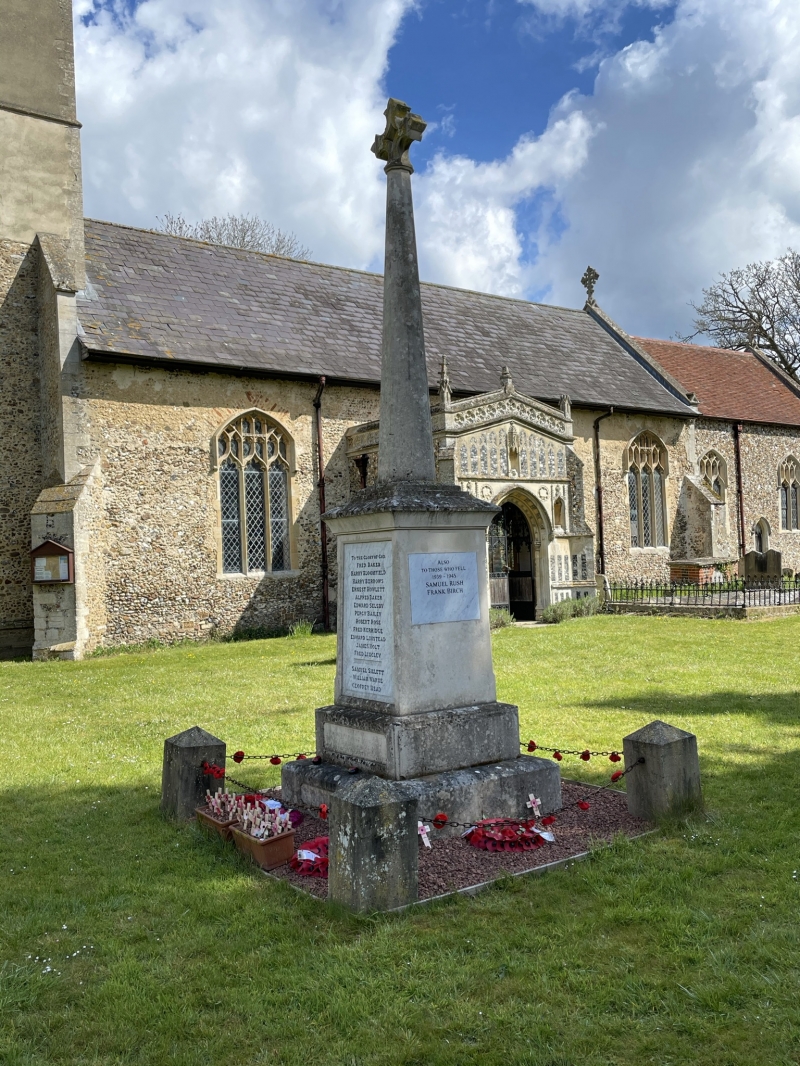 The plinth is set upon a square two-stepped base and incised into the front faces of the steps are the following inscriptions: IN MEMORY / SACRED FOR ALL TIME TO THE / FINNINGHAM MEN / WHO FELL IN THE GREAT WAR A.D. 1914 – 1919 and on the lower step: GREATER LOVE HATH NO MAN THAN THIS THAT / A MAN LAY DOWN HIS LIFE FOR HIS FRIENDS.

One such memorial was raised at Finningham as a permanent testament to the sacrifice made by the members of the local community who lost their lives in the First World War.

The memorial was built by Mr J Cooley and unveiled by Brigadier-General Lord Playfair on 16 November 1919. It commemorates 15 local servicemen who died during the First World War. Following the Second World War, a dedication was added to commemorate the two fallen of that conflict.

In 2014 the memorial was cleaned and the lettering restored with the help of grant aid from War Memorials Trust. Four low stone posts were placed at each corner connected by a chain link fence to protect the memorial.

Finningham War Memorial, unveiled on 16 November 1919, is listed at Grade II for the following principal reasons:
* Historic interest: as an eloquent witness to the tragic impact of world events on this community, and the sacrifices it has made in the conflicts of the C20;
* Architectural interest: a simple yet striking memorial cross in Portland stone;
* Group value: with the Church of St Bartholomew (Grade I).