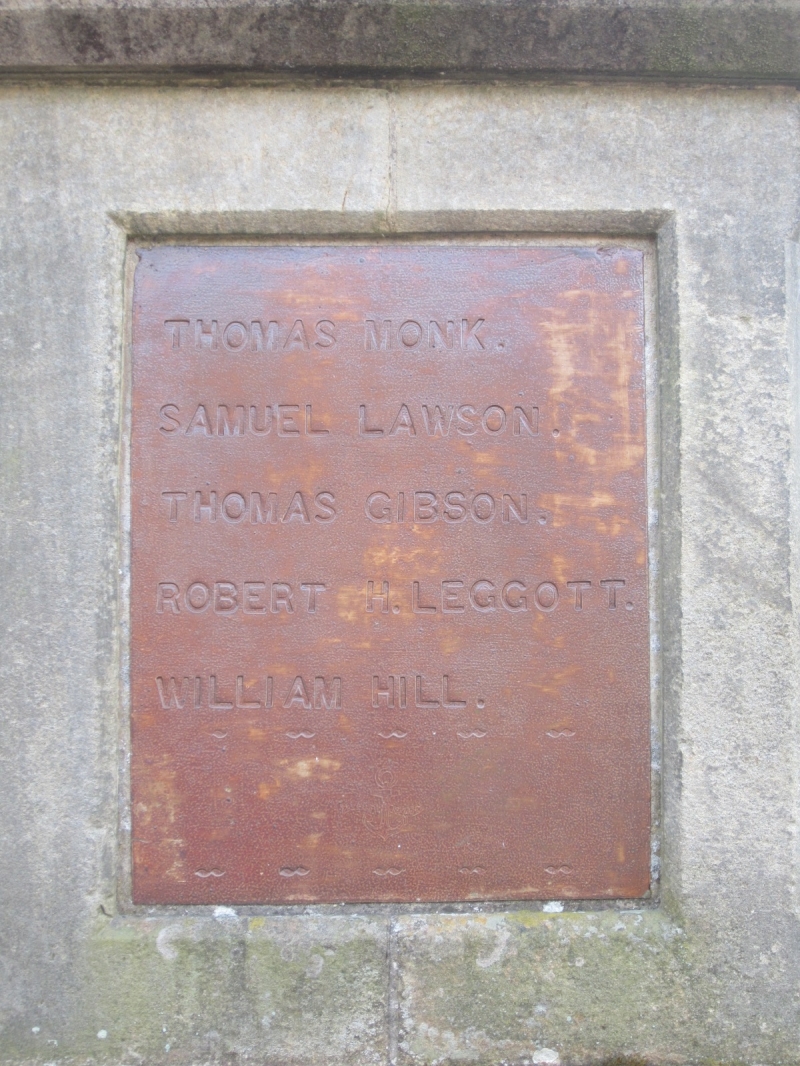 Church of England Parish: Danby with Castleton and Commondale

The war memorial stands at the bottom, west, end of Sandhill Bank, overlooking Sandhill Bridge. It comprises a stone Latin cross on a short tapering square-sectioned shaft. This rises from a plinth, set on a four-stage square base. The memorial stands within railings set in a stone kerb.

Set in to the plinth are brown salt-glazed stoneware tablets on which are stamped (front face) IN HONOURED/ MEMORY/ OF THE MEN OF/ COMMONDALE,/ WHO GAVE THEIR/ LIVES FOR/ GOD, KING, AND/ COUNTRY, IN THE/ GREAT WAR./ 1914-1918. (Rear) THEIR NAME/ SHALL REMAIN/ FOR EVER: AND/ THEIR GLORY/ SHALL NOT BE/ BLOTTED OUT.”/ LEST WE FORGET. The names of those who died appear on side panels. A fifth, smaller, panel set into the upper step records DRESSED & ERECTED BY/ J.FORD. CASTLETON./ DESIGNED BY/ W.H. EARL, DANBY.

The aftermath of the First World War saw the biggest single wave of public commemoration ever with tens of thousands of memorials erected across England. This was the result of both the huge impact on communities of the loss of three quarters of a million British lives, and also the official policy of not repatriating the dead: therefore the memorials provided the main focus of the grief felt at this great loss. One such memorial was raised at Commondale as a permanent testament to the sacrifice made by the members of the local community who lost their lives in the First World War.

The memorial was unveiled by Lord Gisborough at an ecumenical ceremony held on 31 August 1921. It was designed by WH Earl of Danby and made by J Ford of Castleton. The memorial commemorates ten local servicemen who died in the First World War, including two young shepherds who are also commemorated on the Commondale Shepherds’ Memorial (Grade II). The unusual salt-glazed stoneware panels that record the inscriptions were conceivably made by the London and Cleveland Fire Brick Co Ltd Brick and Pipe Works in the village.

Commondale War Memorial, at the bottom, west, end of Sandhill Bank, is listed at Grade II for the following principal reasons:
* Historic interest: as an eloquent witness to the tragic impact of world events on the local community, and the sacrifice it made in the First World War;
* Architectural interest: an elegant stone cross;
* Materials: the memorial has unusual salt-glazed stoneware panels, with stamped lettering carrying the memorial wording.