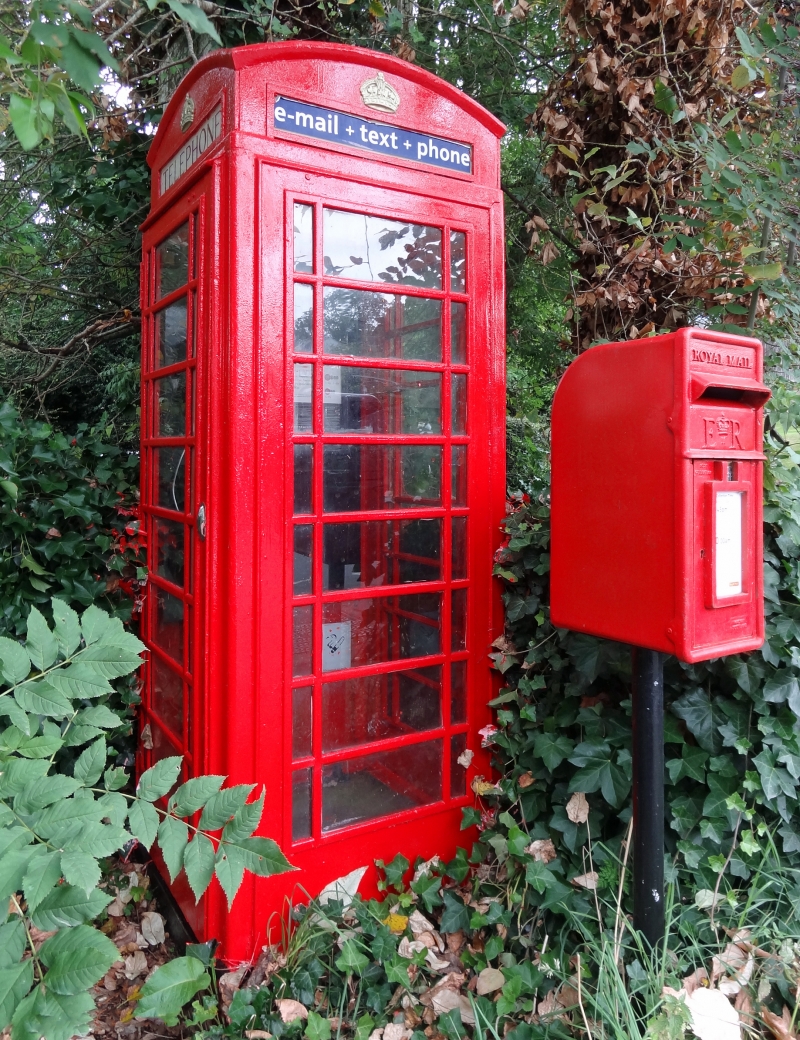 The K6 is a standardised design made of cast iron, painted red overall with long horizontal glazing in the door and sides and with the crowns situated on the top panels being applied not perforated. There are blue rectangular display signs, reading E-MAIL + TEXT + PHONE beneath the shallow-curved roof. It has modernised internal equipment* and retains its glass windows.

The K6 telephone kiosk is a milestone of C20 industrial design. It was designed by Sir Giles Gilbert Scott in 1935 for the General Post Office, on the occasion of King George V's Silver Jubilee. The K6 was a development from his earlier highly successful K2 telephone kiosk design of 1924, of Neo-classical inspiration. The K6 was more streamlined aesthetically, more compact and more cost-effective to mass produce. Sir Giles Gilbert Scott (1880-1960) was one of the most important of modern British architects; his many celebrated commissions include the Anglican cathedral of Liverpool and Battersea power station. The K2 and K6 telephone kiosks can be said to represent a very thoughtful adaptation of architectural tradition to contemporary technological requirements. Well over 70,000 K6s were eventually produced. In the 1960s many were replaced with a new kiosk type. But many still remain, and continue to be an iconic feature on Britain's streetscapes.

The K6 telephone kiosk in Bishopstone, Swindon, Wiltshire is listed at Grade II for the following principal reasons:

* Architectural interest: the K6 kiosk is recognised as an iconic milestone of C20 design;
* Intactness: the kiosk survives intact;
* Group value: The kiosk has a strong visual relationship with three listed buildings.