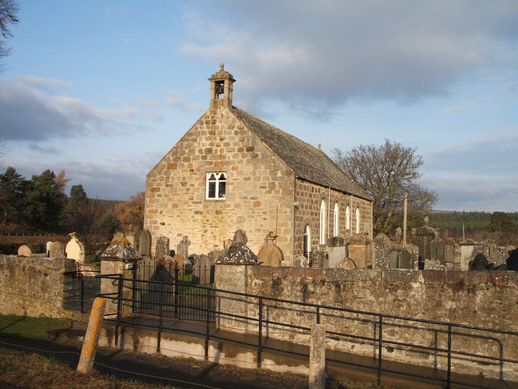 Find accommodation in
Grantown on Spey

Ecclesiastical building in use as such. Site of parish church

"by no means convenient to the great bulk of the population".

Rear entrance to burial ground gives to river and Boat of

and initialled WG and EG.