A Category A Listed Building in Midlothian East, Midlothian 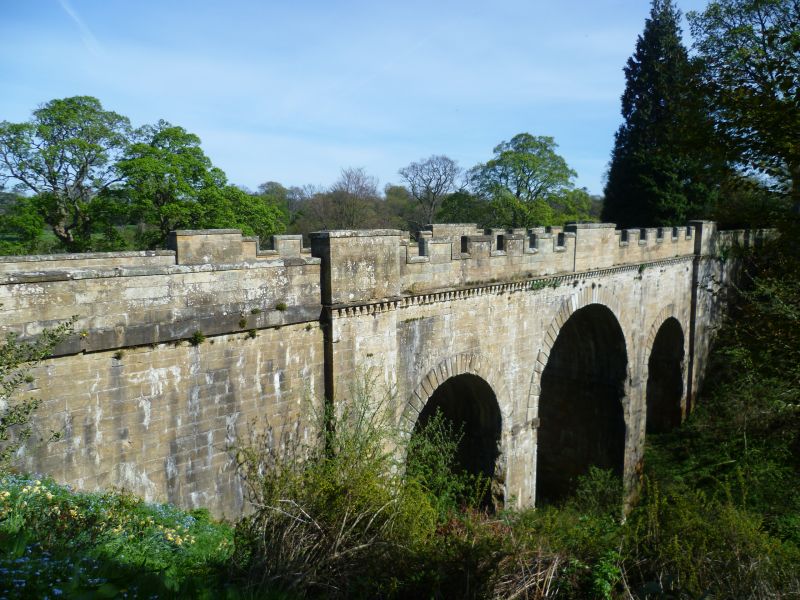 Part of an A Group with Oxenfoord Castle and Lodges. Carries the drive to the castle over a steep ravine. Sir John Dalrymple felt a bridge would benfit the park's romantic sensabilties, and had written to the poet William Shenstone in 1760 about this idea. Later, Alexander Stevens, a well-known bridge builder, submitted plans and an estimate of £180 1s 2d in April 1782. The proposed plan was for a bridge with a plain parapet and a higher central span, although this was never realised. A revised plan was submitted in 1783, and is stylistically similar to the work Robert Adam had carried out on the main house. Adam and Stevens had worked together previously on Ayr Bridge.