A Category B Listed Building in Aird and Loch Ness, Highland 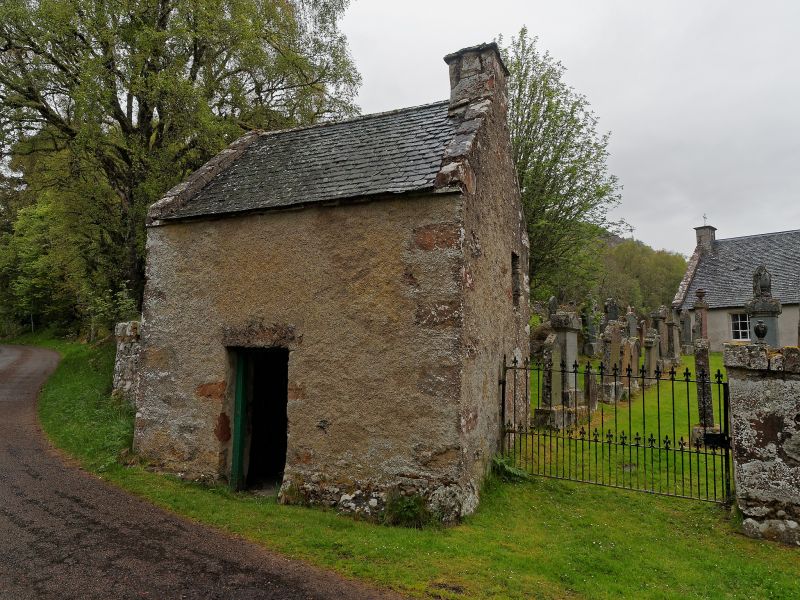 dressings. On sloping site with entrance from road in SE

centre, east front, faced with tooled rubble and with ashlar

above wallhead and terminating with corniced, stepped

irregular site, and abutting both watch-house and McGilleveray enclosure. Burial ground on sloping site and full of closely

packed tomb stones, some of 17th and 18th century date.

Building in ecclesiastical use as such. Dunlichity Church

built in late middle ages on site of early Christian

said to be the third on the site. Dunlichity Parish joined