A Category B Listed Building in Inverness South, Highland 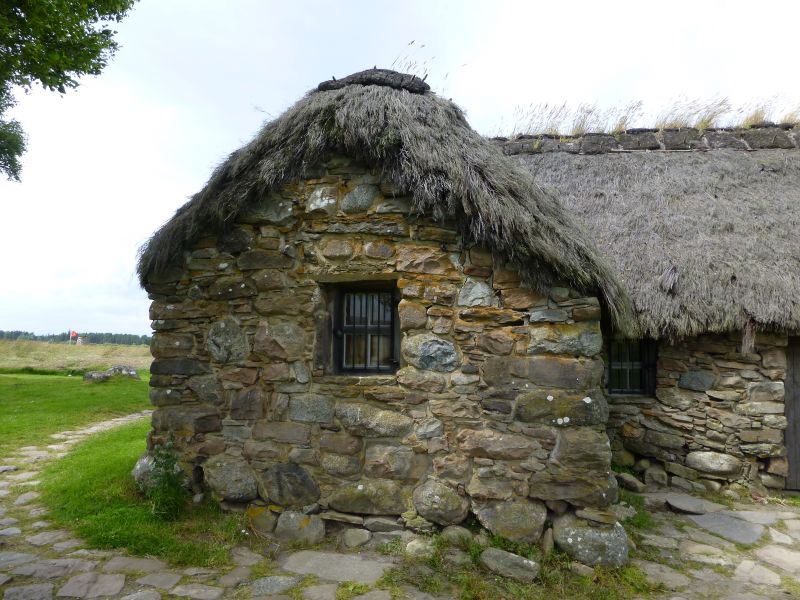 INTERIOR: 4 pairs of crucks (couples) of which 3 are reconstructed in whole or in part. Jointed at elbows, pinned with wooden pegs. Stone flagged floor.

De-scheduled (2003). This cottage was built in the 19th century on the site of the Battle of Culloden. The cottage now forms part of the National Trust for Scotland's museum complex. The building was believed to be standing at the time of the battle until archaeological evidence discounted this and dated the building to mid 19th century. The association, although erroneous, with the battle has nonetheless added to the building's historic interest.