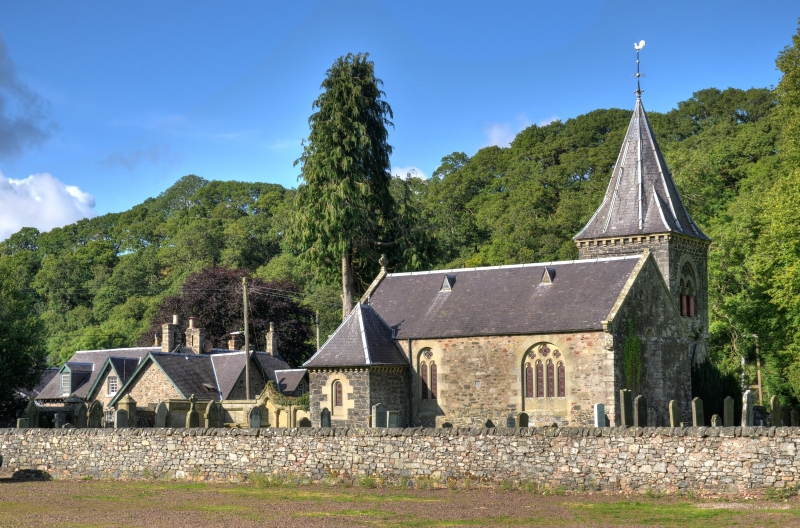 Ecclesiastical building in use as such. Said to have been built on the site of the small, late 12th century Cistercian Priory of St Bothon, dedicated to St Mary. Part of the priory church is thought to have been incorporated within the existing building. Binnie notes that the masonry at the foot of the N and S walls is likely to have come from the old church, whilst the E wall, which protrudes just beneath the skewputts, is thought to be that of the previous building?s W wall. Writing in the late 18th century, Rev. Sked noted that the church "..is a very ancient building; it was formerly large, measuring 58 feet by 26, but part of the wall was lately taken down by the desire of the heritors, and the size of the church greatly contracted; it is still sufficiently large to accommodate the inhabitants of the parish." The conventual buildings, formerly associated with the priory, were set between here and the nearby Whiteadder - all remains have since disappeared. During extensive renovation in the late 1860s (funded by John Turnbull, of Abbey St Bathans House - see separate list entry), a 6ft effigy of a prioress was discovered built into the N wall. Although damaged in part, and according to MacGibbon and Ross, missing a dog which originally lay at its feet, it remains an impressive piece of carving, thought to date from the early 16th century. At the centre of the parish, Abbey St Bathans church is acknowledged as one of its most significant buildings. The nearby former manse is listed separately.