A Category A Listed Building in Alloa, Clackmannanshire 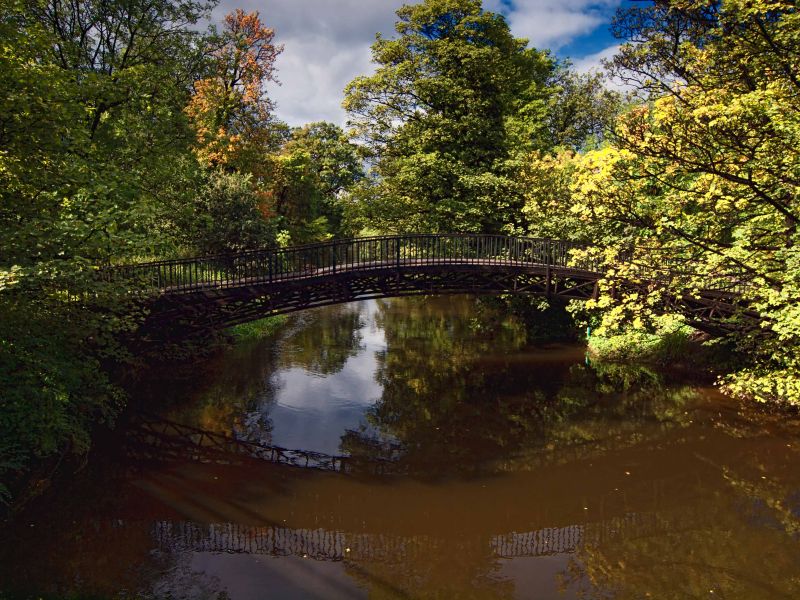 This elegant, single-span cast iron bridge is one of the oldest cast iron bridges in Scotland. Built from prefabricated lattice girders, it was originally used by the neighbouring Cambus Distillery to move goods across the river from one part of their site to another. It originally carried horse-drawn traffic, and the guide rails are still evident. The bridge was restored in 1997 and is now a footbridge (2008).The Carron Company, located near Falkirk was founded in 1759. Internationally renowned, the beginning of the 19th century it had become one of the largest iron works in Europe and exported its goods all over the world.