A Category B Listed Building in Eddleston, Scottish Borders 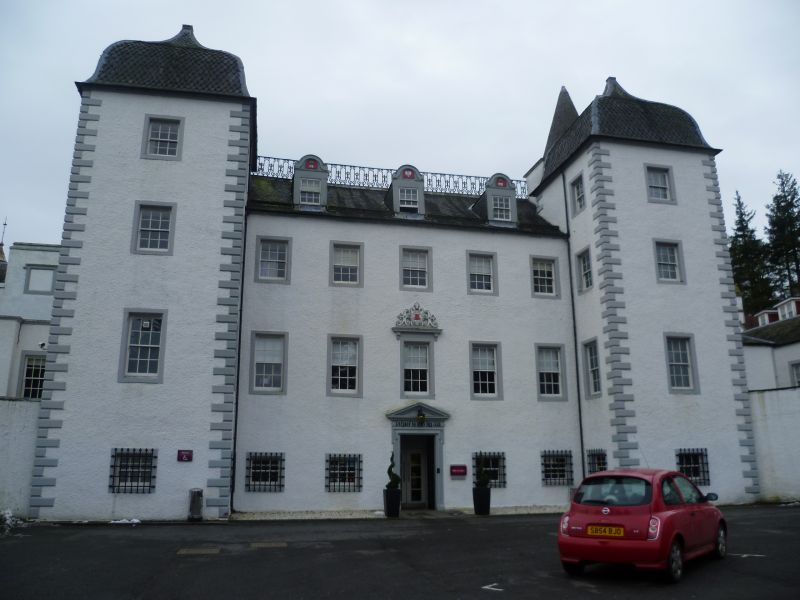 The core is a 16th century tower-house which has been recast in the early 18th century, enlarged in the Victorian era, and again extended in the present century when the building was adapted as a hotel. The mansion sometimes known as Darnhall, came into the hands of the Murrays of Blackbarony early in the 16th century and in 1771 passed to the Murrays of Elibank who retained it until 1930. Perhaps the most attractive feature of the place is the main entrance facade, largely

of 18th century date, which is flanked by two square towers topped by bellcast roofs.