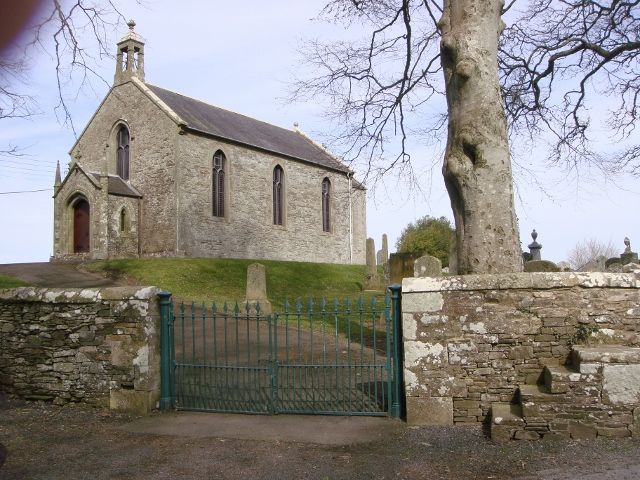 FURTHER DESCRIPTION: 2-leaf timber-boarded door with strap hinges, set in roll-moulded pointed-arch to gabled porch with side pinnacles and cross-finial to gable apex. Hood-moulded window to principal gable behind. 3-bay side elevations. Gabled chancel to E with lower gabled vestry set at right angles to right.

Ecclesiastical building in use as such. A simple but well-proportioned mid-19th century rural church, standing on an elevated site and a conspicuous feature in the landscape. As yet no architect has been identified for the original 1841 church. The additions by the prolific church architect John Robertson of Inverness (1840-1925) are of interest as so far no other work by him in the Borders has been identified. The work is incorrectly attributed to James Pearson Alison in some sources. Robertson's original plan for the additions was considerably more ambitious with round-ended chancel, transepts (containing reading room and vestry) and porch. These rounded corners were characteristic features of a design by Robertson. However these plans were modified as the cost was too high and the simplified square-ended chancel and porch were built.