A Category A Listed Building in Forres, Moray 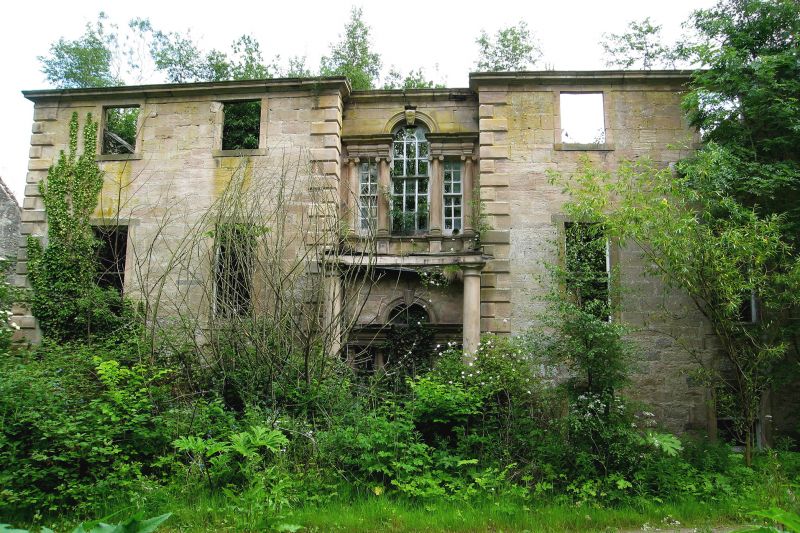 for $5 and replaced by J Adam centre block. Alternative

designs by Robert Adam prepared in 1759 but rejected in

Moy was Campbell of Cawdor property, acquired by Major George

Grant in 1733, rebuilt by Sir Ludovic Grant of Castle Grant

1762-3. Passed to Grants of Shewglie (Glenurquhart) and

approach by ferry over the Findhorn at Broom of Moy, from

where all travellers from E would have crossed and approached

could cross river and therefore use W approach to house.