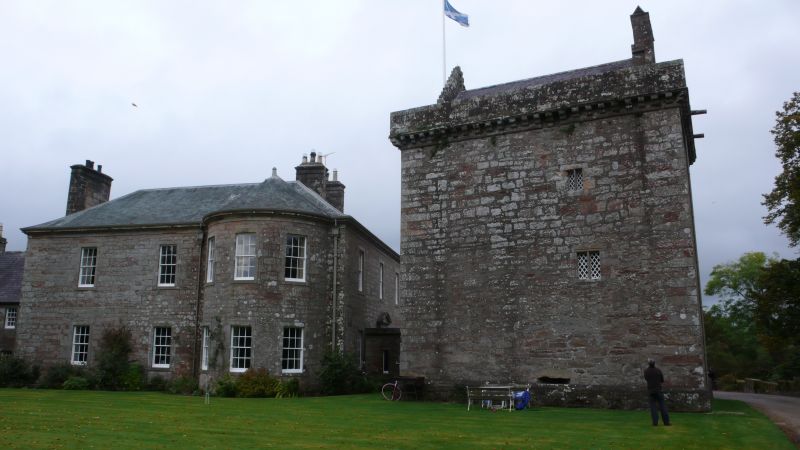 details and with various additions including 1841-2

alterations and additions by Peter Smith, mason and James

Scott, joiner, re-using material of the "old mansion house of

Bonshaw"; tower linked to house 1896 by low corridor. All

at NE over internal wheel stair) with end stack at S;

door and yett: roll-moulded doorway with cornice and panel

incorporated including roll-moulded jambs and broken

Listed category A for quality of tower.

Tower and later works for Irvings of Bonshaw.