A Category A Listed Building in Cummertrees, Dumfries and Galloway 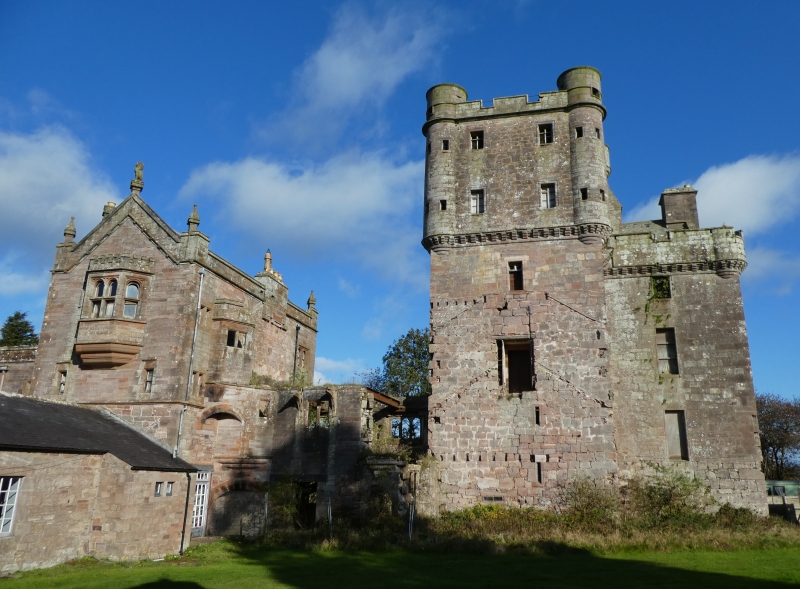 Burn to S and to W of tower largely demolished circa 1970;

extensive neo-Jacobean 1, 2 and 3-storey additions to N and

open stable court, service ranges to N beyond: now run as a

each level; some mural chambers.

MAIN COURTYARD: (to S and W of tower) W wall with 2-storey

drum turret at either end, that to N 17th century (upper part

rebuilt circa 1975) and vaulted at ground; roll-moulded wide segmental-arched gateway with ball finials and bellcote all

Tudor-arched fosse bridge all probably by Burn. All rubble

(with shaped and finialled skews) probably by Burn;

Category A for quality of tower.

Additions by Burn for General Sharpe of Hoddom; later work

for Brook of Huddersfield who purchased Hoddom in 1877.

Requisitioned by the military, and since unoccupied.