A Category B Listed Building in Inverkeithing and Dalgety Bay, Fife 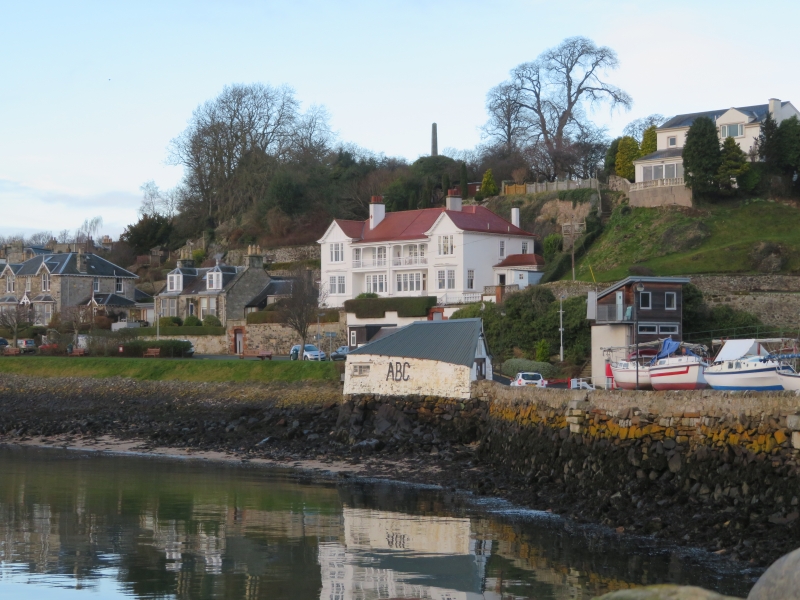 NOTES: B-Group with Aberdour House and Aberdour House Entrance Gateway. Under the instruction of the 13th Earl of Morton work began on the obelisk in 1744 and was completed in 1745. It was sited on Cuttlehill to act as a landmark visible from the Earl's Dalmahoy estate across the Forth. The Obelisk lies southwest of Aberdour Castle (see separate listing) and Aberdour House (see separate listing), Aberdour House was originally known as Cuttlehill House and became the Morton's residence after they left the Castle in 1725. Work commenced on the obelisk with a local carpenter spending 3 days fixing a mast and scaffolding to the proposed site, the local smith supplied nails for the scaffold and also a hoist. Robert Cunningham is attributed as the mason, it is recorded that 676 of "broached work" and 88ft of moulded work was quarried at a cost of 1s. per foot. In 1745 it is documented that the local smith was paid for 2 chisels which were needed to take down the scaffolding.