A Category A Listed Building in Cowal, Argyll and Bute 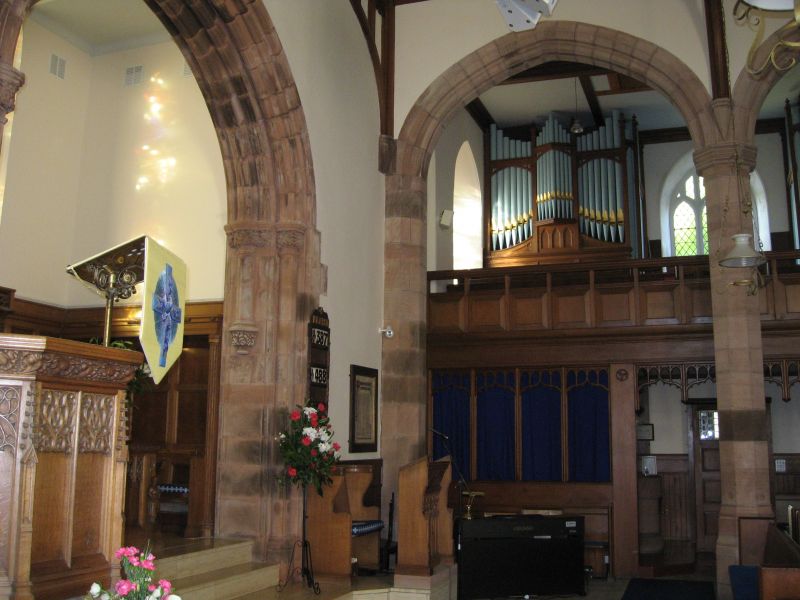 Kilmun Parish Church, including the complex surrounding it, is an exceptional example of an ecclesiastical complex including a number of major periods of development. The site is nationally important and, as well as a fine 19th century church, contains the burial place for the Campbells of Argyll from the 15th to the 20th century and a good collection of post-medieval headstones.

Kilmun church is built on the site of a substantial older foundation. A church is recorded at the site in the 13th century but it appears that the tower now standing belongs to a collegiate church of 1442 built by Sir Duncan Campbell of Lochawe (see separate designation record). In 1688 the choir of the collegiate church was re-built to serve as a parish church.

In 1841 the bulk of the Collegiate church was demolished to make way for a new church by Thomas Burns, built to house the increasing number of summer visitors to the Holy Loch. The main body of the church is T-plan, with the nave extending north. At the head of the T is a small square tower with corner finials and a pierced stone parapet, over an advanced, gabled central bay. The church is lit by single lancets on the main south wall and by wider traceried lancets on the east and west gables. In 1898-9, the well-known church architect Peter McGregor Chalmers re-arranged the interior, forming an open choir in the place of the closed vestry on the south wall. Chalmers also introduced new arcades supporting the east and west galleries.

Interior: the interior of the church is substantially as designed by McGregor Chalmers, including intricately-carved chancel furniture and panelling. The church contains a number of good stained glass windows, much of it by Stephen Adam, including life of Christ scenes and a portrait of George Miller of Invereck as St Matthew. Adam's successor, Alfred Webster, designed a number of later windows, including a war memorial window in the N gable. An unusual feature is the hydraulically-powered organ, made in 1909 by Normand and Beard. It is one of only two water-powered examples known to still be in use (2012) in Scotland, the other being at St Mary's Episcopal Church, Dalkeith (see separate listing). The flat ceiling is supported by decorative Tudor-arched trusses supported on stone corbels. The walls are rendered with exposed sandstone dressings and panelled to dado height.

Halls: the halls, in the north-west angle were built in 1909-10, also by Chalmers. They are piend-roofed, with mullioned and leaded windows.

Argyll Mausoleum: the Argyll Mausoleum is situated at the north-east corner of the modern church. The mausoleum was built to the designs of James Lowrie in 1795-6, replacing a vault used by the Argyll family inside the Collegiate church. It remained in situ when the Collegiate church was demolished and the present church built. Originally, it had a slated pyramid roof, but this was replaced by a cast iron dome in 1891-3. As it stands, the mausoleum is on a square-plan with the pointed-arched entrance on the north elevation, flanked by two blind-traceried lancets and applied pilasters. The domed roof has rooflights and a smaller dome at the apex. The Argyll Campbells were buried in this mausoleum - the last being the 10th Duke in 1949. The interior of the mausoleum consists of two platforms on the side walls containing coffins and on the south wall a wide cusped arch over a niche containing the 15th century effigies of Duncan Campbell, the founder of the Collegiate church and his wife.

Douglas of Glenfinart Mausoleum: built in 1888 to the north-west of the church this is an octagonal red sandstone structure, with rock-cut ashlar walls, a studded timber door with a carved armorial panel above it and a stone-slabbed roof. The mausoleum contains the remains of General Sir John Douglas, Commander during the Indian Mutiny.

Graveyard: the graveyard at Kilmun contains a number of interesting memorials, including later medieval tapered slabs and several high quality 17th and 18th century headstones and table-tombs carved with trade tools. In the south-east corner is a small 'Watchhouse'. Latterly, the graveyard was extended twice, at first to the north uphill and later to the west, taking up some of the grounds of Old Kilmun House. A second small building, built on two levels, the purpose of which is unclear, but dating to the late 19th century, survives to the north-east of the church. The walls are likely to date to 1818-19, when the churchyard was laid out. Immediately to the W of the church are square-plan gatepiers with Gothic capstones. A cast iron drinking fountain, complete with drinking cup also survives to the west of the church.

In accordance with Section 1 (4A) of the Planning (Listed Buildings and Conservation Areas) (Scotland) Act 1997 the following are excluded from the listing: scheduled monument SM5260 (see separate designation record).

In accordance with Section 1 (4A) of the Planning (Listed Buildings and Conservation Areas) (Scotland) Act 1997 the following are excluded from the listing: scheduled monument SM5260 (see separate designation record).