A Category A Listed Building in Falkland, Fife 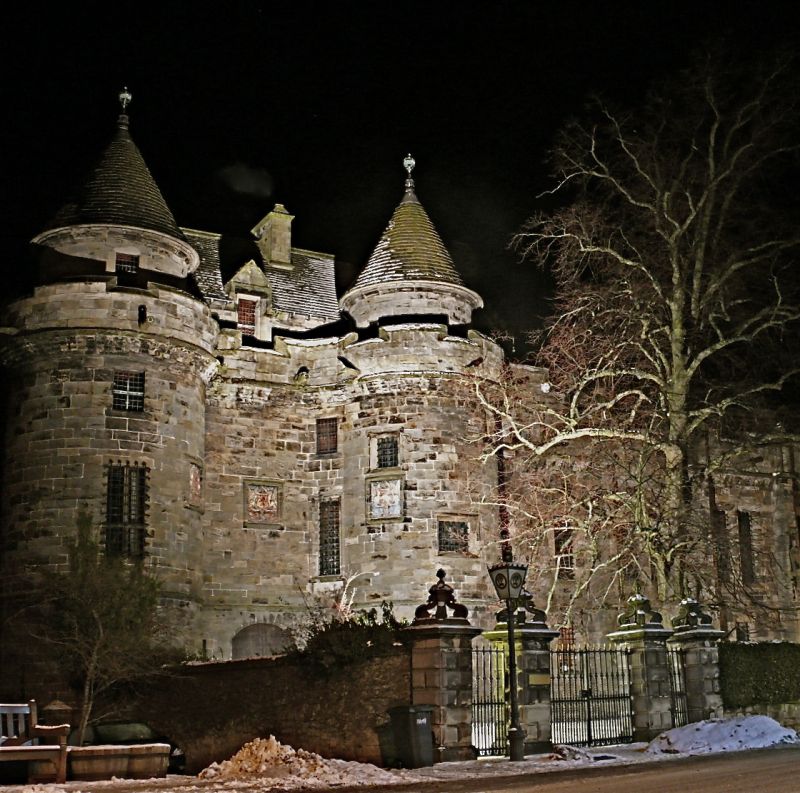 incorporating earlier work. 3-storey with crenellated parapet and cap house, pend entry flanked on south by round towers; corridor on north side left unbuilt. Ashlar except at site of corridor. Panel embellishments added in 1893-6 restoration.

based on the paintings of David Scott by Thomas Bonnar 1895-6, interior fittings from Bute workshops at Cardiff.

Items 1-8 and 10-13 and 16B group with items 1-104 in Falkland Burgh. SCHEDULED MONUMENT. The present palace was begun by James II. In the 16th century the Bethunes of Creich became hereditary keepers, the keepership passing by marriage to David Viscount Murray of Stormont who built a house on the site of the original castle early in the 17th century, long ago demolished; the keepership passed from the Murrays to

the Earl of Atholl during the Commonwealth; and thence to the Dukes of Atholl; acquired 1787 by Skene of Pitlour, and thence by marriage to the Moncrieffs of the Myres; in 1820 General George Moncrieff disposed of it to Professor John Bruce whose niece brought it to O Tyndall Bruce who repaired the much neglected south quarter and gatehouse in 1840; acquired from the Bruces 1887 by the 3rd Marquess of Bute: to Lord Ninian Crichton Stuart 1900, to Major Michael Crichton Stuart 1915;